I’ve recently been on the editorial team for a short story anthology, not for the first time, and have been noticing some common mistakes that can trip up an otherwise good story. If you’ve been submitting to anthologies or thinking about doing so, please take note of some of the recurring pitfalls that can cause editors to reject your submission, or if working with a close-knit group, might cause diplomatic nightmares between editors and writers.

First of all, don’t try to shove too much into the beginning paragraphs of a short story. Detailed description of a character, a ‘laundry list’ of exactly what they’re wearing and a headcount of a group of characters to accompany the protagonist on a quest are all ways to lose a reader before the plot begins to unfold.

Keep in mind that you’re not writing a novel. Even in novel writing, shoehorning too much information in too fast comes over as amateurish and less than sterling writing, but in a short story, much should be left to the reader’s imagination. Trying to foist your cosplay fantasies on your readers will interfere with their own. If an article of clothing is important to the plot, it can be worked in but there’s no need to describe what each character, or even just your main character, is wearing from head to foot.

For example, in my story The Wizard’s Quandary which is included in the Dreamtime Damsels & Fatal Femmes Anthology, no mention is made of the Alchemist’s clothing until the third (double-spaced) manuscript page with the line, “Khadri leapt from her shoulder to a nearby shelf, leaving blood-moist scratches on the flesh beneath Lesana’s thick cotton tunic.” This gives a first image of what a female wizard might wear in the privacy of her tower.

Later, on manuscript page 9, she is about to go on her travels and more detail slips in; “Lesana felt grateful for the good leather hiking boots she always wore. Her sturdy tunic and breeches would retain warmth as well as protect against the sharp edges of the quartz boulders that gave the mountain range its name.”

That’s it, all the detail required to know that the female protagonist is sensibly dressed for travel. No metal or chainmail bikinis in this anthology!

In my experience, no more than the first fifth of your target word count or 500 words (whichever is smaller) should be spent on explaining who your characters are or what they look like. Let the reader learn about the character through the plot. 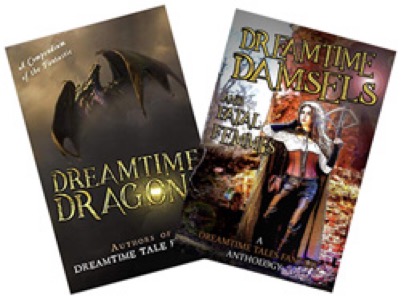 Continuing on the theme of ‘You’re not writing a novel’, in a short story you don’t have much time to grab your reader’s attention. There just isn’t room for an elaborate set-up. Some of the best advice I’ve seen on short story writing suggests dividing your word count into five sections. In the first part, it’s worth taking the time to come up with a killer first line that will impel the reader to see what the story is all about. Then jump into action, making something happen that shows that today is different than normal. This is generally referred to as an inciting incident. It’s also a good way to start the first chapter of a novel.

Now you’ve got the reader’s attention, use the second part to show what’s at stake for your protagonist. Give them a reason to care. The higher the stakes, the more compelling the story. Then in the third part you drive your character into action. Make it impossible for them to ignore the crisis.

Then it’s time for an exciting climax. The big battle, the impossible choice, all the protagonist’s fears realised, followed by a resolution and a satisfying ending. It’s a tried and tested formula, and it works. Where many people go wrong is getting the timing off or writing a weak scene for any of these stages, especially the climax you might think, but I would say look back at the stakes. If something isn’t important enough to compel action, how is it going to ever come to an exciting climax?

Other mistakes include the technical. Obviously correct spelling, grammar and punctuation are essential if you want your story to have a chance at acceptance. No it isn’t the editor’s job. Sentence structure makes a tremendous difference in how a story comes across. Varying length of sentence keeps variety and cadence interesting.

The biggest mistake I see on sentence structure is overusing verb+ing for beginning a sentence. The occasional sentence turned this way works fine, but the second or third continuous sentence begins to make an editor climb the walls. Example:

“Texting on his phone, the man swerved into a ditch. Shaken, he checked himself over for injuries. Irritated, he finished his text and got out to check the car.”

Are you screaming yet? This sentence structure is not technically incorrect, but overuse comes across as amateurish. Example two will demonstrate my next point: 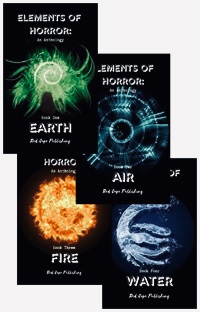 “Texting on his phone, the man swerved into a ditch. His first reaction was to check himself over for injuries, though he felt shaken.  Once he established he wasn’t hurt, he became irritated at the inconvenience of the incident, but took a moment to get out and check if the car had suffered any damage.”

“His first reaction was to check himself over for injuries, though he felt shaken.”

“His first reaction was to check himself over for injuries. His mouth felt dry and he noticed a slight tremor in his hands. He took a few deep breaths to calm his nerves, then scrunched his brows together in irritation at himself and the delay his stupidity would cause him now. He got out to check the car over and to give himself a moment for the adrenaline reaction to subside.”

Can you see the difference?

The last point I’d like to make is to provide a satisfying ending. Above, I sort of ran climax and resolution together because one should naturally lead to the other, but if you want to leave a reader wanting more, give them closure. Cliffhangers and open-ended conclusions can be entertaining to write, but a fulfilling resolution will bring them back to read more of your work, whether it’s the happy ending, the accomplished quest, or everybody dies depending on genre and intent.

What story mistakes do you see that niggle at you or would make you reject the story if you were the editor?