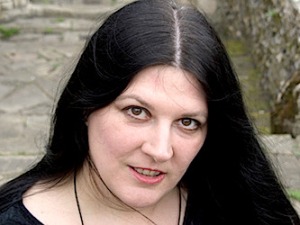 Ever since the indie publishing explosion, I’ve been watching the adjustments in marketing that have tried to keep up with a rapidly changing industry.

To put things in perspective, I started out as a traditionally published author in the late 1980s and decided to cross the line into indie publishing in 2012. I was a little late to the party, which really started in 2009 and was going strong through 2010-11, but I came from a tradition where self-publishing was considered the realm of the unpublishable and old attitudes die hard.

I started studying the business of writing when I was very young and even in high school, I knew how to format a proper manuscript, what was expected when approaching a publisher and how to put together a press pack. However, the rules all changed with indie publishing. Even the definition of ‘publisher’ has changed. Once a small publisher was very much like a large publisher, but with a smaller advertising budget. Now anyone can set themselves up as a digital publisher and effectively offer formatting services, editing and some amount of Internet advertising and still be called a small publisher.

This change in how things work has led to some crossover in perceptions of the writing business and how to go about it, especially among new writers. I’m seeing buzz words misused and misconstrued as well as methods used by new authors trying to negotiate unknown territory that sometimes make me cringe.

For example, there was an incident recently where an author thought she would try crowd funding when her small publisher dropped her because of low sales on the first two books of a series. Crowd funding is a method sometimes used in independent filmmaking. It offers a share in an unmade film to small investors whose collective donations could potentially make the project happen. It’s high risk, but low cost and people invest because they believe in the project and want to see it happen.

The method has been used for other creative projects as well, but it isn’t a workable model for an unwritten book. Few books from unknown authors make substantial profits these days and the low sales on the earlier books in this series didn’t offer a good business model. Shares weren’t even being offered.

This was a mistake made in ignorance which the author publicly apologised for after unkind words were exchanged on-line. It sounded good from her point of view; crowd sourcing money to support herself so that she could spend her time writing. How wonderful would that be? Most of us have done our writing while holding jobs and taking care of families, but we made the time and those of us who eventually transcended the ‘day job’ felt a real sense of accomplishment when we reached that triumph.

From the reader’s point of view, the proposed book had nothing different to offer than any number of free books on Amazon and no potential return. It simply was not a workable model. The author learned this lesson the hard way.

I often see buzz words in book descriptions like ‘Amazon Bestseller’ and ‘Acclaimed’. Acclaimed by who? This is a term used when paid reviewers who work for national newspapers or television give a good critical review of your book. Customer reviews aren’t in this. Family and friends definitely don’t count. When I see this word used in a book description, I’m embarrassed for the author and less sympathetic towards the book.

‘Amazon Bestseller’ is a little different in that it indicates that the book has made the top 100 for at least a day. However, people are no longer impressed with this because all the tricks; making a new category, using top free books as the indicator, are well-known. Readers are not that stupid. My advice to writers when writing their book description is to stick to telling the reader what the story is about. That’s what I want to read in the description when I have my reader hat on.

Which leads me to another point; posting quotes of reviews where the description belongs. If I have to wade through a lot of reviews to get to the part that tells me what the story is about, I’ll probably give up and pass on the book. I know a lot of readers feel the same, as it comes up in conversation in various reader forums.

If you’ve got some great quotes from reviews you want to show off, put them after the description and keep them down to a line or two from any one source. Do you really think readers are going to read a long review when they don’t know what the story is about yet? Maybe someone will. I haven’t come across them yet in my cyber travels.

Another buzz word: Press Release. This is a simple misuse of a term. If you’re a very well known author and the world is waiting for your next book, announcement of its imminent release can go into a press release. All the major newspapers want to know! If you’re a relatively unknown indie author, you prepare a press pack for your local paper. If news is slow, they may just write an article about you. The ingredients in these two collections of materials are virtually identical, except that the press pack will have information about you as an author that is unnecessary for the famous author. People already know who they are and what they write.

Once upon a time when we had tight gatekeepers, writers were looked on with respect. Getting a publisher, even a small publisher to accept your work was considered an achievement worthy of some admiration. Now that anyone who can operate a computer can upload just about anything and call it a book, things have gone the other way. With thousands of first time writers, some of them very young, constantly spamming book groups across the Internet, authors have become almost pariahs. Even some well known authors get trolled and treated like yesterday’s trash. Just watch Anne Rice try to start a thread on any subject on the Amazon forums and you’ll see the same few people show up and intentionally derail the thread, regular as clockwork. There is no respect for either the author or anyone who might wish to speak to her.

The new, independent author cannot expect to impress strangers with the fact that they have ‘published a book’. All that means is that you can upload a file to Amazon. A really good writer can earn respect through good writing, but it takes time and the old rules don’t apply anymore. Authors need to keep realistic expectations. Marketing methods are in constant experimental stages and networking with other authors is a good way to learn what works or doesn’t. You need a thick enough skin to not flip out over a bad review and you need to accept that writing a book is no longer considered the great accomplishment that it once was.

Having said that, by all means congratulate yourself for finishing it. Most people who start a book never will finish it. Then make sure your editing is perfect and that the story will be interesting to people who don’t know you. By all means think outside the box on marketing methods, but try to keep it real. Methods that depend on readers begging to read your book are probably not practical. Hundreds of thousands of other writers are competing for their attention. Don’t get an overblown perception of your own importance. If you’re a great writer, that is something to be proud of. But don’t get caught up in your own press. The writers who gain the most respect these days are ones who connect with their readers as an ordinary person. Writers, including famous ones like Neil Gaiman, have stepped down from the pedestal and talk directly to fans now.

Keep it real, keep perspective, and by all means keep writing. One old adage has survived the changes in publishing: “Good writing will find a home.”

You can more articles by Jaq starting HERE or at the following online links: 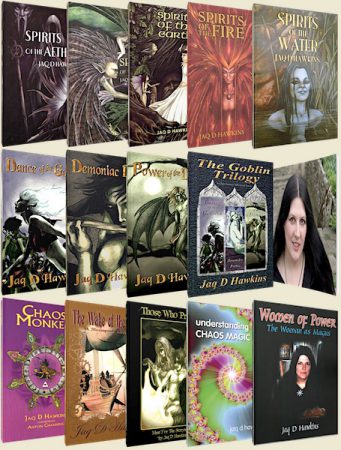