How Dare They Steal My Idea! – Guest Post by Jaq D Hawkins…

Ever think of a great plot and put it aside while you finish your current work in progress, only to find that someone else publishes something based on the same idea before you can get your version out?

I think this happens to all of us at some point. I don’t mean someone actually steals the idea, but someone totally unconnected to you thinks of the same idea independently, sometimes even a well-known author.

It can be frustrating, especially if it’s a big name author who gets the same idea as you and releases it sooner, but it’s also a great endorsement of the idea itself! So what do you do when this happens?

This happened to one of the authors in a collective I belong to. He had the idea that he should borrow a character from Dickens, the Artful Dodger, and continue his story. The character was particularly interesting and is sent off to limbo at the end of Oliver Twist, the novel that brought him to life. In all the movie versions of the story, this character was one of the three from the story that needed meticulous casting. 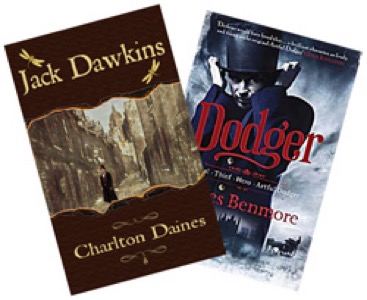 When the author, Charlton Daines, did a search to see if anyone had already followed-up this idea, he found only one book, an obscure one that had Dodger going off to America, rather than Australia where he is generally presumed to have been transported for his crimes. Daines went ahead and wrote his own story, which I still feel is the best version written to date.

Two months after the release of Jack Dawkins, an author by the name of James Benmore released his own novel about the same character, Dodger. They had obviously thought of the same idea independently, yet the stories are very different. Suddenly over 2014-2015, several more versions of this character’s continuing adventure tumbled out of writers’ pens, some better than others, some trying to be too clever and write in characters from other Dickens novels. By 2016, there were at least 14 novels written about the Artful Dodger and other Dickens characters were becoming popular subjects too!

I beat a better known writer to the punch once on one of my non-fiction books. Ramsey Dukes is a well-known occult author who was once simmering the idea of personifying magic(k) as a concept. We met at a conference where I was selling my book, Chaos Monkey, which was based on the same concept. The bemused look on his face when he realised what my book was about was priceless. We became friends and he sold loads more books than I did that day as he’s by far the better public speaker! He later re-worked his idea into another one of his books and I re-released the Chaos Monkey material in The Chaonomicon after my first publisher imploded after the death of one of the owners.

The moral of the story is: don’t be afraid to write your ideas if someone else has had a similar inspiration. Go ahead and write your idea in your own way. Ideas are not under copyright and chances are, your version of the idea is totally different from someone else’s. 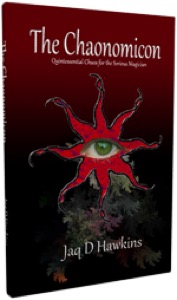 I had one story simmering in the back of my mind for over thirty years and am actually amazed no one beat me to the punch on this one. Back in the pre-Internet days of BBS bulletin boards, an idea started formulating and I actually discussed it with online friends in forums long before I had published a book. I even discussed co-writing it with a friend, but the one attempt we made at collaboration made it obvious that our writing styles were not compatible.

It’s a zany story about two historic magicians who have been reincarnated, Karl Spare and Alei-Cat. Fewer people will recognise Spare than Alei, modelled after Aleister Crowley, who hated cats and won’t accept that he’s been reincarnated as one. They travel through time and space in comical adventures as they try to capture the demon, Choronzon, and return him to his abandoned post; guarding the gates between the worlds.

The first few chapters were slowly written between 1989 – 1993, then the unfinished book sat in my files, sleeping until I finally pulled it out and decided it was time I finished it. The result is The Chase for Choronzon, which as it happens is on sale for .99 on Kindle this weekend, 13th-16th September.

How no one else ever developed this idea in all this time is mind-boggling. If you’re at all like me, you probably have files full of ideas just waiting to be written. Getting them done and released before someone else thinks of the same idea can pose a real challenge. I know that Daines is working on something at present that could easily be occurring to other writers, but that’s very hush hush within our group. The setting I’m working in for my next Fantasy project is also something that could occur to another author at any time, yet it hasn’t happened yet.

We all have our own style of expressing our ideas. Your best tactic to be the first to release a great plot or character idea is to keep on writing, every day, and just get it out there. Don’t worry that someone else might release an alternate version the same week. Just make sure that yours is the best story you can write. 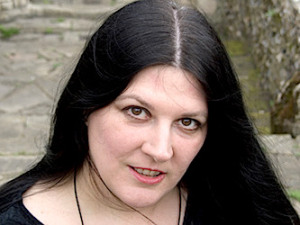