It’s an oft-accepted rule for children’s stories: the main character (often the child), should be the one to solve the problem.

In writing Myrtle the Purple Turtle, I didn’t think “the child” — Myrtle — should be responsible for solving the problem. In real life, a child who is taunted and rejected has no quick answers, and often no apparent weapons to fight back.

So what did I do instead?

I described what many people — children and adults alike — feel when they are belittled and rejected. First comes surprise — even bewilderment. Then hurt.

Myrtle went through all those emotions. Then, wanting to fit in, she did something that was both challenging and painful.

When a child is bullied or rejected at school, parents and teachers sometimes miss the clues.

I also know – from my children’s experiences and my own — that fear of becoming the next target sometimes leads other children to abandon the rejected child at exactly the time they need support.

In creating Myrtle’s story, I wanted Myrtle’s friends (another girl and two boys) to behave differently. And they did!

Gertie, Snapper and Hurtle quickly realized that something was wrong, because Myrtle had been away from the pond for too long. So they went looking for her.

As you may recall, I wrote this story 28 years ago for my 4-year old daughter. When I finally decided to publish it last year, I could have changed the story to follow accepted wisdom, but I didn’t.

The one thing I did change between writing the story and publishing it? The gender of the mean turtle.

Originally, the turtle who belittled Myrtle was a boy. But when I went back to the story last year, I decided to change the “he” to “she”.

Why? Because girls can be bullies too. (Now if only I can remember this change – in a recent interview, I reverted to using “he”. I’ll be watching for that!)

I’ve visited schools in recent months, accompanied sometimes by Lauren, for whom the book was written 28 years ago. We read the book to the students, answer their questions, and pose ones of our own.

We listen closely to their personal stories. Some of it is disheartening, and much of it is encouraging.

Taunting and bullying are still happening at school. Many children have experienced it, and it’s often over things they can’t control – from your skin colour to the kind of cultural food your parents packed for your lunch. Differences like your gender, height, weight, religion, hair colour, personality, way of dress, thinking or talking – all these identifiers can be used to reject another person. On and on it goes.

Almost every child has at least one story. Many also have stories about how they’ve tried to change themselves to fit it.

Myrtle, it turns out, is the perfect story for such discussions. But the story of Myrtle isn’t just about difference, or changing to fit in. It’s also about inclusion, self love, and the powerful role of friends.

So it’s been most gratifying to hear from the students about the individuals who made them feel welcome at a new school or in a new group. They also share stories about how they handle bullies – often with the help of other students who saw what was happening and came to their help or called a teacher for help.

There’s usually a thoughtful silence when I ask students if they themselves have ever taken teasing too far, and hurt someone else. But even here, the answers are given. Yes, they say. Sometimes they were only joking, not realizing they were hurting someone else.

“So what do you do next?” I ask. And the answers come.

In other words, Myrtle has been the perfect vehicle for some of the most honest and powerful discussions I’ve experienced when discussing my books.

As for the sequel? Lauren (who inspired Myrtle the Purple Turtle) is co-writing two sequels with me, and illustrator Jo Robinson is already sketching the pictures.

More to come in the months ahead.

Thanks, always, to everyone who has supported me on this surprising journey. 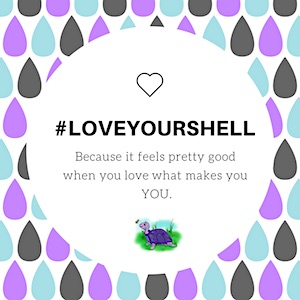