Many thanks to Chris for letting me chat about world-building. It’s been a pleasure to hang out and talk about writing. In this final post of the series, I want to share thought-starters for each of the major systems that make up a world.

Fantasy author Brandon Sanderson, in a discussion about world-building, stated that writers don’t need to completely change every major system in a world. Pick a few big elements that are linked to the plot and then dabble with the details on the rest. Let your imagination run wild.

Whether designing a natural or human-made world, give it personality – strengths, weaknesses and quirks, and a complex diversity of elements that both support and sabotage the characters’ efforts. Don’t forget to account for food, water, air, and shelter, and to employ all the senses in descriptions. Think outside the box. You may have longer or shorter days, worlds without seasons, animals or plants capable of communicating, a parallel spirit realm. Your world may exist only in dreams.

Create a map, for your reference, at least. Maps physically “ground” the world by establishing terrains, distances, and regional resources, locating population centers and geopolitical borders. Not building a planet? Map your city or space station.

If you look at our current “real” world, ancient history still has a huge impact on identity and choices. Robert Jordan went back about 3000 years in his world-building – a long time, I know. But going back 300 to 1000 years isn’t uncommon, particularly if there’s been ongoing tension between groups or a common past that has splintered.

Create a time line. In the distant past, simply outline major events. As the timeline moves closer to the present story, increase the level of detail and shorten the gaps. Consequential events may occur daily in the last months or weeks before your book actually begins.

Even a gang has a government. Someone is calling the shots. There are established rules or laws shaped by a group’s history. Governments reward and punish and play favorites. A leader’s personality has a significant role in how a government functions and is perceived. Consider that the larger your world grows, the more governments you will encounter, requiring more levels of leadership and skill while increasing the potential for conflict.

In developing characters, livelihood is one consideration. Likewise, communities, from villages to nations, will have unique economies. Sometimes they’re self-contained, but often there is trading or raiding caused by an imbalance of resources. As you think about the different communities that inhabit your world, consider natural resources, the population’s strengths and skills, and the supporting infrastructure. Perhaps one area is rich in timber or minerals. Another is a center of arts and learning; perhaps a third is the military or governmental hub of a nation.

Very few Earth economies work for everyone. There are the powerful and the powerless and all the layers between. Economic imbalances often arise out of social imbalances embedded in history. The people of your world may also have different views about economic success. To some, food and shelter may be the goal. To others, it may be amassing unlimited wealth.

If you include magic (or powers) in your story, clearly define the rules. If your magic system works for any and every problem, it’s going to be a very short story. So, create some rules about what your magic system can and can’t do. Consider that a narrow magical ability will give the character some assistance but won’t handle every obstacle. A broad, powerful ability should have some drawbacks, so there are great benefits as well as great risks or costs associated with its use. Then stick to the rules you’ve created.

If you are creating a world with less technology, you may need to consider such things as lighting, cooking, food preservation, and fresh water sources. Do your research on historical practices and survival skills.

More technology? Hard science fiction requires more research than techno-magic, the less science-based end of the spectrum. Like magic, technology shouldn’t handle every problem for the protagonist. Add in limitations, flaws, and costs. Create the rules and stick to them.

Religion may be a major system in a speculative world or may be left out of a story entirely. As on Earth, religion can be a source of unification or conflict. The amount of planning required in this area is directly related to the role religion will play in your book. Here are just a few things to consider when designing a religion:

Monotheistic or polytheistic? If there is more than one god, what are their areas of control and is there a power hierarchy? If the gods are beings versus forces, define them as you would characters.

How much can gods actually control events? Can they be foiled or resisted? Do they appear in the physical world or as visions or voices? Can they manifest solid objects (like a sword or crown)? Is the god the source of magic?

Who has access to the gods? Anyone, the chosen, or only holy orders? Do people in power invoke the god’s will for their own purposes? Is the religion sprinkled with true believers, zealots, doubters, and deniers?

Like government, religion has a history. It may have emerged through an inspired event or grown organically over time. Most religions have a core set of principles that guide the faithful. Document them along with any prophecies.

Not only do characters have different values and aspirations, but cultures do. Do the people in your story aspire to conquer the world or live in peace? What is their view of violence? Do they value generosity above wealth? Think about the cultural values related to children, family, community, work, war, education, and, yes, even sex.

Variations in gender roles and family structure are connected to cultural values. Think about how power is divvied up between the sexes. What responsibilities fall to the men versus the women within the home, community, and nation? Perhaps you intend to create an egalitarian society or turn gender roles on their heads. Whatever you decide, go deep and make sure your choices are an organic outcome of the civilization’s historical trajectory.

Physical characteristics of the people

Nations, regions, or races of people (and aliens) may share some features that are distinguishable from others. A common or overlapping history will reduce the differences, and isolation will increase them. Remember that aliens are creatures of their planets and will reflect their evolutionary past. If they’re humanoid, consider why.

Similar to cultural and physical variations there may also be language differences. Some nations or planets may have more than one language that you can demonstrate by having different names for common items, or different phrases used in conversation. Creating your own language is fun, and a little is all it takes to enrich your story.

There are more options than the thought-starters above, of course – architecture and clothing, sports, music, and entertainment to name a few – but you get the idea. Change some, but tweak them all. The point is to create a rich and unique world as a backdrop to your characters and plot. 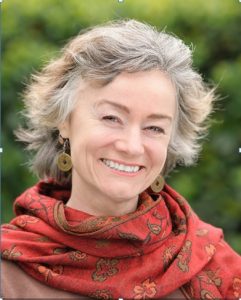