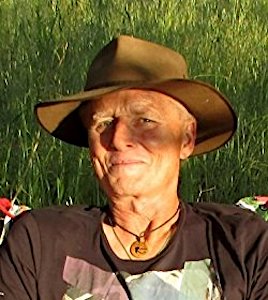 Hi, my name is Steve Costello. I’m fifty something and have never really been concerned about my age because I believe in living in the present moment. Of course what I have done in the past matters, it informs much of what I do today, and it’s part of the package for good or ill. I hope only for good but you can be my judge today.

When I first met my partner, Sarah, she used to say that my head was so big it was a wonder I could get through doorways. No, I wasn’t a big-headed pain in the bottom but I was very confident and sure of myself. You may have noted that past tense word, ‘was.’ Yes, you’ve got it, Sarah went to work not to destroy my confidence but to calm it down a little. I think the balance is definitely better than it used to be.

I’m not going to say too much about the period of my life before Sarah, so hold tight, here’s a quick résumé.

I was born in Preston Royal Infirmary, North West England and lived the first twenty-one years of my life in the Preston area where I was an average student at school although I excelled at English. I played football and was a good cross-country runner. Introduced to rock climbing and caving / potholing shortly before leaving school, it became my absolute passion often to the detriment of my work at British Aerospace because weekends were full powered; weekdays, rest days. Come on, give me a break, I was very young.

I never intended to stay at BAe, so at 21, I packed my bags and went to Israel to volunteer on a Kibbutz not far from the Lebanese border. We spent numerous nights sleeping in bomb shelters while katyusha rockets exploded all around. That taught me a fraction of what it felt like to live in a war zone. On the other side of the coin, the absolute joy of going outside again after the all clear. These feelings will never fade and it saddens me to be reminded by daily news from around the world.

My travels continued for two years. I worked in two hotels in Munich, Germany and enjoyed the delights and excess of the Oktober Fest before long stays in Greece and Turkey. I wrote a short story about a real event that I was terrifyingly close to when two French young people were taken away by the police because of some involvement with cannabis. We never saw them again.

Back to Athens, back to London, off to study Community and Youth Work before my post qualifying position on a tough housing estate in London where I had the privilege to work with some wonderful people. The break I wanted came after three years when I was offered a post with the British military in Germany where I continued to develop my career and caught a mountain bike and ski bug in my spare time. Two sports I still hold dear today.

In 1995, life changed. I met Sarah and discovered what it was like to fall in love. By the turn of the century we had three incredible children and another on the way who tells me that she is my favourite. Unfortunately, the other five don’t agree. The quick ones among you may have picked up that four suddenly became six. Quite right; by 2006, there was indeed six. Two boys and four girls; Sarah said it had to be an even number, perfect.

Oh, did I mention that we lived in The Netherlands too? That was a wonderful three years before a brief stay in the north of England, another in Devon and then a happy landing here in France where we always wanted to be.

Fuelled by experience and a natural desire to write, I have written academic degree papers, articles, and always collected story starters. I produced what might now be considered a retro motivational blog in 1999 / 2000; an e-zine called KEYZine. Actually writing a novel just didn’t seem appropriate until I edited together stories I had told our children and produced Horando – Going Home in 2012. Beyond The Pyre, although completed in the spring of 2016 was published on 30 June 2017 and I am currently editing a very exciting novel (watch that head, Steve) which will be published . . . when it’s ready!

You can find out more about me at:

My books Beyond The Pyre and Horando – Going Home are both available on: 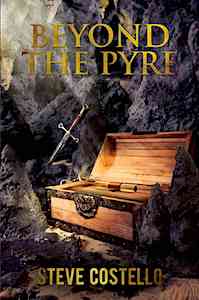 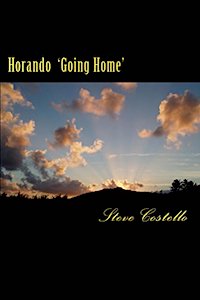 BTP is also available direct from the Publisher.

You made it this far? Thank you, you are very kind and I wish you Peace, Love and Happiness.

“Let us learn to let go, to not allow ourselves to be overwhelmed by the circumstances and conditions of this world. Let us constantly remember that at the heart of ourselves, as at the heart of all human beings, there forever stands a silent and watchful guardian: the Master Within.” Christian Bernard

Except where otherwise noted, content on this site is licensed to Christopher Graham (aka, The Story Reading Ape), under a  Creative Commons Attribution-NonCommercial-NoDerivatives 4.0 International License.
Join 15,693 other subscribers