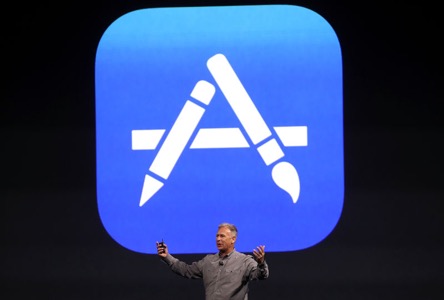 If you’ve never checked on your app subscriptions, I don’t blame you. It’s a feature buried pretty deeply in your iOS device. But then, you could discover an app charging you $100 per week, so it pays to be vigilant.

Developer Johnny Lin got curious during Apple’s WWDC 2017 keynote, when CEO Tim Cook announced a $70 billion payout to developers from the App Store.

That’s a huge spike, and surprising to me because it didn’t seem like my friends and I were spending more on apps last year. But that’s anecdotal, so I wondered: Where are these revenues coming from?

He took a look at some high earning iOS apps and discovered a few suspect apps, many of them with exorbitant subscriptions to which users were seemingly subscribing.

Some apps—VPN apps in this instance—were charging a recurring $99.99 per week.

Except where otherwise noted, content on this site is licensed to Christopher Graham (aka, The Story Reading Ape), under a  Creative Commons Attribution-NonCommercial-NoDerivatives 4.0 International License.
Join 15,681 other subscribers