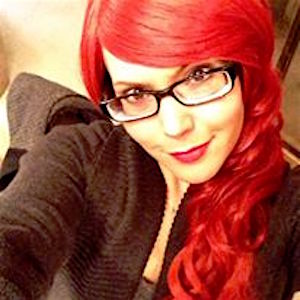 I began to notice how the world of children had begun to shed their childlike imaginations so quickly. It was almost as if childhood magic was something to be cast away by the age of six in order to fit in with peers. If a child didn’t let go of that glorious imagination, inevitably it seemed, that ridicule from others would shortly follow. To me this was a horrid thing to witness, as I myself have never let go of my belief in Santa Claus, fairies, and the ability to fly. With that thought in mind, I sat down at my dining-room table and began to unfold a story that’s whole purpose was to bring forth a tale about holding on to one’s imagination, even though the wave of the beginning of adulthood could be rushing to be known.

I needed a story that might open the eyes of some individuals – that they might see how truly important the human imagination is. How the imaginations that we hold, carry with them the understanding that anything is possible. That, they as children and beyond a child’s age, are capable of so much more than just what society dictates as normal. To see new worlds, new super hero powers, new possibilities, opens a door to adventure, self-discovery and so much more.

After years of writing, editing and the usual every day responsibilities – the book was finally complete! All of the time, effort, knocking my head up against a wall with thoughts such as: “Nope that idea doesn’t work” “Back to the drawing board” “Rework, rework, rework” and the inopportune popup of writer’s block, had all come to a screeching halt as I typed the words “The End”.

Now it was time to publish. However, if you haven’t noticed, the writing industry can be a difficult place to burst in to. There are many twists and turns and learning experiences that must occur before you come to understand which way is up and which way is down, and which way is leading you in to a brick wall at a breakneck speed. Lots of time went in to research and marketing, social media and sifting through a smorgasbord of internet information. Finally, the book was published and out in the world. I had done it. I had written a book that meant something to me at my very core. A message that had been a part of my childhood and had continued throughout my adulthood – “Can the human imagination last a lifetime?”

“Imagination is the key to this world. It is a key that only very few people are able to hold on to for a lifetime. Imagination is a world where dreams are born, where people are free from everyday life. This world has a door that can open for anyone, as long as they remember where to find it, yet so many over the years have lost their way, with no way of returning. Yet, perhaps there is hope to find the key, to open the locked door, and to once again see the land of imagination. This land is found through the eyes of a child.”

That is the message in which my novel is based. It is one that I think many can understand and appreciate.

As for a personal note on myself, I have been writing since I was very young. Always interested in where my imagination could take me. I am in love with fantasy fiction and yes, I am a huge Harry Potter fan. My favorite book and cartoon is Peter Pan as well as one of my favorite quotes:

“The window must always be left open for them, always, always.” Mrs. Darling (Peter Pan).

I believe in the power of the imagination and what it can do for the human mind.

I detest bullies and those that wish to shut out the light in others. I am odd, weird, bonkers and love every moment of it. Other than being an author I am the founder of Not a Porcelain Doll co which is ramping up for release. For now, the message of NAPD can be found HERE. (Teen confidence blog).

Lastly, to all of you imaginative, odd, weird and completely bonker-ed individuals, keep being marvelous, brilliant and amazing. With that magic you hold the possibilities are endless.

The Imaginary Door Blog  – Not a Porcelin Doll Blog 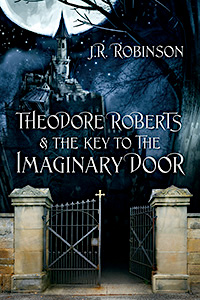