Introducing myself in person is always awkward and on paper, a little worse. Hi! :::waving at anyone brave enough to read this::: I’m Kat to my friends and Mary Beth to my book readers. Hopefully you will be friends.

I consider myself a biographer not really a writer except when creating most of my blog posts. My characters like to invade my dreams and tell me what they are up to and will bug me until I get them down in electrons and protons.

I was never going to be a writer growing up. It was more of an unplanned compulsion starting when I was small and got busted by my mom at about 5am because I HAD to write a poem about fall leaves in first or second grade. I wanted to be an oceanographer until I found out you had to swim and I hate swimming (I sink) and then an archeologist until about the 4th year of Latin and several anthropology courses bored it out of me and so I got my degree as a Naturalist which is probably my grandmother’s fault for teaching me to talk to trees and animals.

I Illustrate my own books with drawings and in pen and ink and if you see any photos, they are usually by me because I love taking pictures and have 6 minors one of which happens to be photography and I am known among my friends for being found crawling around in the shrubberies.

I don’t write because I planned to do it, I write because my characters won’t leave me alone and I appear to be the one that hears my friends’ calls. If I don’t they won’t go away.

I’m the biographer of BunniHoTep. She tells me stories and I write them. I’m not her creatrix nor her writer but a faithful recorder of her adventures in Ancient Egypt where she is the smallest goddess and the Goddess of Lost Objects and Small Joys. What’s a small joy? They are those things that we tend to ignore but make our lives so much richer, things like smelling a rose or a baby’s laugh and that when we notice them, make us happy. BunniHoTep is the sister of Isis and Nepthys and likes to hang out on Temple Row when she isn’t in her Temple or spending time with Ammit and her other friends. 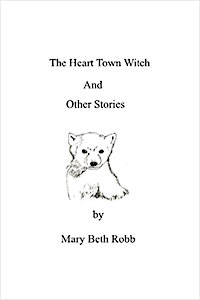 I’m also the biographer of the Littlest Druid. She is young redheaded girl living near New Grange in the pre-history of old Eire and her adventures with the heroes and deities of her land. Aisling tries her best but things often don’t go as she planned. Her book will be coming soon.

I’m also the biographer of several other creatures that pass through from time to time and have been recorded as told.

I am the writer of Miss Kat’s School of Genteel Witchcraft, a what not to do when you are new to the Craft. The misadventures in the book were all either committed or witness by me when I was new to the Pagan world and hopefully serve as a warning to all who tread behind me. And hopefully communicated in a humourous fashion.

I’m also an Arch Druidess consecrated in the Druid Clan of Dana which is part of the Fellowship of Isis, an international spiritual organization in celebration of the Goddess of 10,000 names and we just celebrated the 40th anniversary