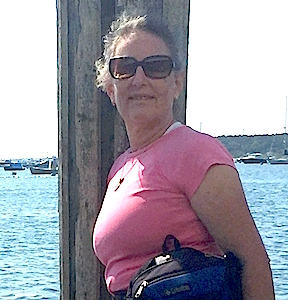 The quiet moments are exceedingly rare. Yesterday was a hot sunny end-of-summer day, the kind of day that just makes you want to sit on a front porch, and I was sitting quietly on the wooden front steps of my doctor’s office, having just left an appointment, possibly sipping some cold water; a woman who I presume was arriving for her appointment walked toward me so I for certain took notice of her, which is when she asked me, kindly, “Are you coming or going?”

“Neither,” I answered kindly, in return.

Puzzled and feeling misunderstood, she tried to explain herself, but I had known just what she meant. No, there was no scheduling conflict. (She was surely confused by the fact that most people usually just leave right away after their appointments.)

For waves, there’s a point where the wave comes in and a point where the wave goes out and there’s that moment of absolute stillness between the two. I can really appreciate those rare moments when I’m not doing anything, not pushing a project, or discovering or working through an improvement in something, or worrying about another thing. And then there’s the burst of energy!

I didn’t realize at first that the sunny April morning a few years back when I woke up and found my dog missing would begin my writing journey – and end my watercolor painting days!

Have you heard that everybody has a story in him or her, or has the potential to write? If it’s true, there’s no sure path to eliciting that story or perfecting the craft of writing. Two decades of teaching ESL and remedial writing in 2- and 4-year colleges in Philadelphia and New York City had not inspired me to write (although it had taught me to know what goes into a good story and well-structured and edited writing) or convinced me that I could write. It took a chocolate Labrador Retriever whom I really had not liked a whole lot, and a lot of children along the way who were able to express their natural curiosity and pepper me with questions about dogs for me to get pen to paper. Actually, it was not pen to paper at first; it was fingers to keyboard, as what was born was first a blog, then a book.

And the whole experience, dog included, changed the direction – once again – of my life.

Timing is never good, and timing is always good. 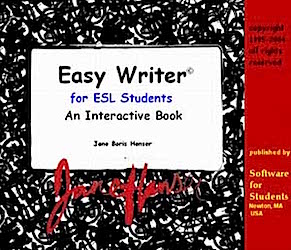 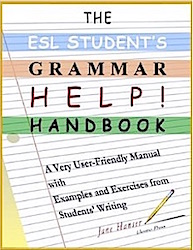 My software application that I created and developed out of my teaching years (Easy Writer: Interactive Software for ESL Students) to teach editing and correctness to learners of English was leaving me feeling isolated, and the creative development years were behind me. I was itching for something new, but what? I was itching to get off the computer, for one thing. It was killing my back. Then there was that morning when I woke up and found my dog missing. 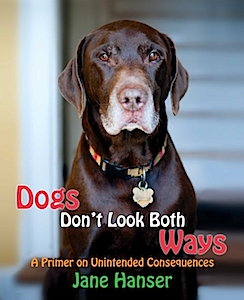 So then there was WordPress, blogs… People from all over and of all ages brought their problems with their dogs to Joey and his blog, as his on-paper “voice” was developing. It was amazing how willing people were to confide in him and to seek answers to their problems, and how much solace they found! Writing was now fun. It was also a new and different way of helping.

The responses encouraged me to continue with my book project. And my writing.

Time and time again the direction of my life had changed due to some cataclysmic event, and now each shift was powering itself to something called “writing.” I wrote poetry (see “Plans” in Every Writer’s Resource, “The Search” in the print journal Poetica, “Wake up Call” in My Word Wizard), essays (see “The Registry” in The Persimmon Tree), poetry in tweets, and some guest blogs for some community projects I’m involved in.

But what writing experience would be incomplete without the agony of trying to find a traditional publisher? I would not say it was a humbling experience, those four years. After all, thank goodness I never came to believe that Dogs Don’t Look Both Ways wouldn’t be, or (once completed) wasn’t good enough for a traditional publisher or to interest readers. I came to understand one more aspect in which the world had changed, and one more aspect of business: That traditional publishers do not, for their own economic reasons, take chances on “unknown” writers, and unknown writers who do not have a huge – let’s change that to enormous – fan base already. That’s not their business model.

The good news is that responses from my second batch of letters to agents actually expressed some sense of potential in the book… One agent just believed I could not pull off my concept successfully. Good thing I did not doubt that I could. Other good news is self-publishing. Dogs Don’t Look Both Ways was published in the early spring of last year (2014). It was honored with the B.R.A.G. Medallion in April. And it also received another “Finalist” honor that I’m not allowed to discuss until the award ceremony later in the month.

Any writer – even a writer who has a contract with a traditional publisher – knows how time-consuming publicity is. It takes more time than we could ever have expected, even with honors and rave reviews. So I continue to write and push my boundaries, just like Joey would have done. I recently wrote my first movie review, “Reflections on AMY” and sent it in to a print weekly newspaper here in the Boston area and to my surprise it was accepted for publication (see hyperlink).

What are some other of my interests? I’m very involved with my community: I sit on some committees where we deal with improving bicycle and pedestrian safety (and I’ve done some guest blogging on this topic), and also with helping impoverished people in my and surrounding communities. For many years I have been involved with bringing food to needy people: I’ve been a site coordinator through a collaboration between my synagogue and a local organization to collect and bring food monthly to needy families in the Boston area for over ten years. And I spend a lot of time caretaking my mom (see my blog).

I also love (and have always loved) all sorts of outdoor activities, especially bike riding, tennis, and (outdoor) swimming (and xc-skiing in the winter). During my husband’s and my brief summer vacation, I was thrilled to do something new: paddle-boarding!

Here’s what I learned from paddle-boarding: Being nervous or doubting your ability to stand up on the board and control it forces you to either get down on your knees to lower your center of gravity or just quit the whole experience and turn around and paddle back to shore. You cannot paddleboard at all unless you are relaxed. The board will only follow you if you are relaxed. And when you have that moment, it’s beautiful.

With Dogs Don’t Look Both Ways in the public and publicity starting to roll, does that mean I’m soon back to my water-color painting? 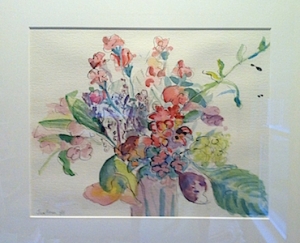 We will have to see!