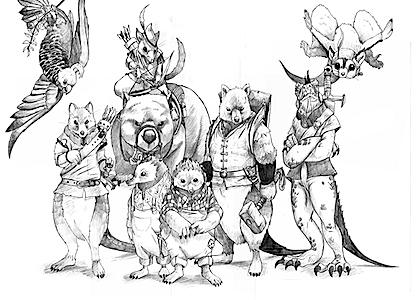 The fact of the matter is – the Planet is fragile. Although humans have managed to inhabit every corner of it, they have done so at a price. Nevertheless, the Earth persevered prior to our populating it, and it will persevere long after we are gone. While we are here, we should have the courage and foresight to recognize our responsibility to it by doing our utmost to preserve it for future generations so they can enjoy its beauty.

One way we can achieve this goal is through education. We can all do our part and mine is to introduce young readers to some of the world’s unusual and endangered animals. Threatened species roam the pages of my fast-paced middle grade stories and books. My aim is not just entertainment, but education. I also have a blog where, once a week, I post about an unusual or endangered animal. I am proud to say that my blog was used this past year in a number of classrooms as a teaching tool.

So how did I come to the decision that writing would be my part, my contribution to bringing focus to environmental and animal threats? I considered many ways in which I could do more, but it seemed to me that I just might be able to combine my love of writing, and my concern for animals, in such a way as to teach youngsters about these issues. It’s a big subject, and there are many animals whose lives are either threatened or straight out endangered. Some are critically endangered to the point that, one day soon, we may never see them again. Then I decided I would focus on one place at a time. I would begin in Australia.

You must be wondering, WHY AUSTRALIA? 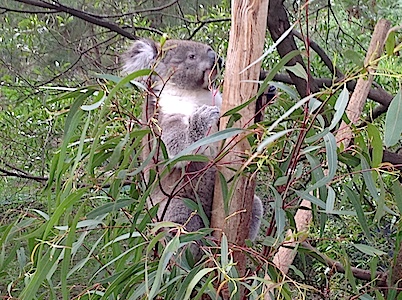 There are two major reasons why I chose to write about Australia. First, as a kid, the animals there fascinated me. Aren’t koalas fascinating? They only eat leaves, and they are cute, even though they can be a bit grumpy. What about the kangaroo? How could you not be captivated by the fact that a baby kangaroo, pretty much just an embryo, can crawl up to its mother’s pouch, and develop there over several months? Kangaroos and koalas are odd animals, odd marsupials. Everything in Australia is odd; trust me. Their toilets flush in reverse – that’s odd! Come on; admit it, it’s a really strange, and interesting place.

Second, back in the 90s, I met a wonderful Australian lady named Maggie. She and I will concede to believing we are kindred spirits, soul mates. She spent a number of years here in the states, and I was lucky to have called her my friend. She moved back to Australia, and now lives in Melbourne.  She’s still my dearest friend and last year I had the opportunity to travel to Australia. I not only visited Maggie, I visited many of the places I had only dreamed of and saw, in person, many of the animals that occupy my mind and the pages of my book. 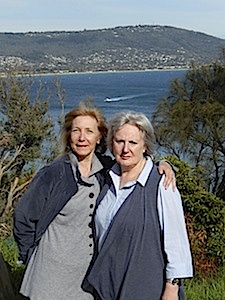 Along this winding path to the present time, the idea for The Sword of Demelza emerged. It’s not just a book that includes endangered animal heroes, it contains a number of moral lessons about friendship, diversity, believing in oneself, and having faith and trust in others. It has a glossary that gives a child basic information about the flora and fauna found in the story, and provides a web site where young readers can go to see what the animals actually look like. It’s not just a lot of fun; it’s a new way to learn something about animals many children here in the US have never heard of. 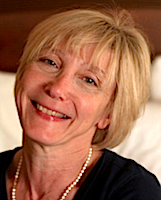 There are some details about myself that I can include here for you ‘cause I know you’re curious about that kind of stuff, so…

I was born in the Bronx, raised in NJ, moved to Connecticut, graduated from Western Connecticut State University, (take a breath), etc., etc. I spent many years in corporate America, UGH!!!  I have three wonderful children, Erik, David and Katharine, and a fabulous, very understanding husband named George. My family fills my life, and fuels my muse! Oh, I can’t forget Phoebe, my standard poodle!

I love dogs, like cats, adore birds – have allowed my kids to have rats for pets (how brave is that), and held my breath when my son brought home the pit bull. He’s very sweet, the dog, that is, but built like a small tank, so we need to watch where he goes. A bull in a china shop ain’t got nothing on Khan. Oh, my son’s sweet too! 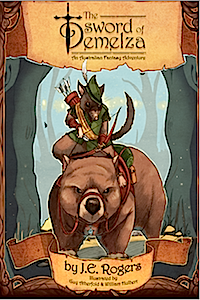 In the forests of Sunderland, a King has gained control of a powerful sword. He wields this sword with evil intent and anger. All of the creatures in the land fear him, and many have been imprisoned for speaking out against him.

It will take a rag-tag band of creatures, some natural enemies, to come together. They must storm Fortress Demelza, and bring an end to the reign of the King.

Under the shadow of the fortress of Demelza, the lives of three creatures collide forming an unlikely friendship. Devon, Erik and Emma discover that the King of Demelza is wielding a magical sword. Under his command, marauding dragon lizards are burning villages and threatening the creatures of the countryside. Realizing they must put their own goals aside, Devon, Erik and Emma join a rebel army, which has assembled in the forest. Together they will do everything possible to end the reign of the wicked King.

SOME OF THE CHARACTERS IN THE BOOK:

KUDOS for THE SWORD OF DEMELZA

The Sword of Demelza, has won a number of awards, and many kind words from professionals and readers alike. Here’s just a few:

“Beyond excellent, from the terrific illustrations on the cover and throughout the book, so well-placed by the author to convey the characters’ depth in plot.”

“Told in crisp, page-turning prose, readers of all ages will find this to be an engaging novel built around a framework of moral guidance.”

PUBLISHERS WEEKLY – “In this entertaining debut, Rogers uses her love of Australian wildlife to deliver a rousing Redwallesque fantasy, in which a coalition of creatures embarks on an epic quest.”

I self-published The Sword of Demelza, in April of 2013. My second book, The Gift of Sunderland, is almost complete and I am hoping to publish it prior to the end of 2014. I do hope you take the time to check out my book, and feel free to contact me if you have questions, or if there is an endangered animal you would like me to highlight on my blog. I would love to hear from you.

Purchase the Book from: