In 2013, when I retired as a nurse practitioner in psychiatry, I started co-authoring books. A year later, I created a WordPress blog, Before Sundown – remember what made you smile. I gathered valuable experience from writing fiction, non-fiction and screenwriting. It took a few more years before I braved writing my own book. In May 2022, I published a debut, historical fiction, Three Years of Her Life, a mix of history, imagination, music and romance. It was borne out of the love of researching family history, to be exact, my famous German grandfather‘s history. He was a trumpet soloist in NYC, Boston and Detroit orchestras. Rumor had it, he was adopted, and his dying words were, “No one is to look into my past. That history dies with me.” That’s all I needed to hear. I relentlessly searched, uncovered his secret in Germany, and wrote his story.

There were no gold stars for me writing little kid stories in school. But, later in life, the psychology of writing fascinated me. Figuring out how people put together and expressed their thoughts when they wrote. I had a couple of co-authors for examples, and I learned a lot about my own writing style.

More resources came when I started college at age forty-two. I majored in Psychology, and went on the acquire an MA in Marriage & Family Counseling, a BSN, MSN, and NP nursing degrees, and a Family Nurse Practitioner Board certified license. And I worked in psychiatry, right in the thick of clients’ real-life problems. I heard it all, grist for the mill in my story themes.

Living abroad in the 1970s and 1980, I’ve had culturally rich experiences meeting and learning about people from all walks of life, in Italy, Greece and Japan (5 years in each country). A different world perspective for inclusion in writing. Traveling to other countries was educational and fun, especially skiing the Matterhorn (Italian Alps), and ski slopes in France, Austria and Switzerland. Language lessons were a necessity to survive, and speaking them was almost impossible back home in English dominant U.S.  I did retain a lot of conversational Italian, and remember people’s actions and expressions that may creep into a story scene or two.

In younger years, I was an avid reader, Nancy Drew books, my favorites. Then, it was poetry by women authors: Adrienne Rich, Ann Sexton and Sylvia Plath. Teenage years, I had jobs baby-sitting, and worked summers as a full-time nanny in a coastal town. I modeled for an Illustrator Photographer, and was featured on East Coast billboards. I earned $15.00 for that photo shoot on a cold October day. I dove in and out of an unheated pool, crossed my arms on the edge, threw my head back and smiled, with no goose-bumps or chattering teeth.

Musical talent in the family brought me to cello lessons early on, and later, guitar and flute. I’ve taken up the guitar again, not as easy as it was. But, it’s a needed brain recharge from writing books on the computer.

Southern California has been my home for over thirty years. I’ve lived those years with Robert, and we have newly acquired, energetic, Border Aussies, Maddie and Max. I’ve not finished writing, yet, with a sequel in progress. Beyond Three Years of Her Life, has the plot explode and the characters evolve, move forward. Even their victories created consequences. 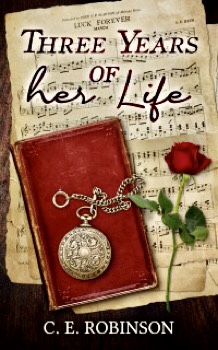