You have probably heard of the literary rule known as Chekhov’s Gun, which says nothing should appear in the scene that has no use. If a rifle is important enough to be shown hanging on the wall, someone had better fire it, or it should be removed from the setting. 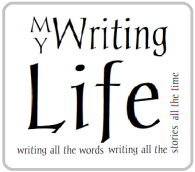 Firing Chekhov’s gun brings us to motivation. I learned “the 5 W’s” of journalism when I was in grade school. Yes, back in the Stone Age they assumed 12-year-old children were considering their adult careers, and journalism was a respected path to aspire to. I don’t know if they still teach them, but they should.

These five words form the core of every story. Who did what? When and where did it happen?

Why did they do it?

In some stories, the author has made the what quite clear, but thewhy is murky…

One thought on “Character Development: Motivation drives the story #amwriting”