To beat the streets…

Calvin Watters spent three hard years on the Vegas streets, working the depths of the red light district. When a string of escort murders surfaces and the LVMPD has no answers, they realize that there is only one man they can turn to for help.

…you have to know the streets.

Calvin vowed to never return to his former life, but this new case pulls him back in. As he hits the streets, his honed survival skills kick in, and the PI must call upon his past experience to outwit a worthy opponent.

Caught in the crosshairs.

When Calvin killed Derek Baxter, he added fuel to an ever-growing fire inside Baxter’s longtime sniper partner, Jackson North. Now North is out for revenge, but how far will the hitman go to leave his mark on Calvin’s life?

“When it comes to writing compelling, knife-to-your-throat thrillers, Murphy’s the real deal.”—Rick Mofina, USA Today Bestselling Author of Search For Her

“Murphy ramps up the action to new levels in Finders Keepers, pushing the gambit right to the end.”—Jeff Buick, bestselling author of The Wrong Side of Murder

“Full throttle on page one, and it never lets up. It’s a riveting ride.”—James Thayer, bestselling author of House of Eight Orchids 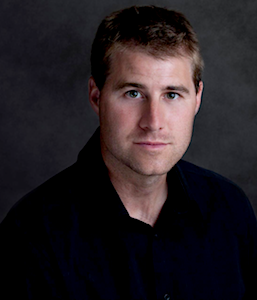 Murphy played six years of professional hockey before retiring in 2006.

His sports column, “Overtime” (Pontiac Equity), was nominated for the 2007 Best Sports Page in Quebec, and won the award in 2009. He has also worked as a radio journalist (CHIPFM 101.7).

Finders Keepers is the fourth book in the Calvin Watters series, and Murphy’s sixth novel overall.

For more information on Luke and his books, and to sign up for his newsletter, visit: www.authorlukemurphy.com

Be the first to know when Luke Murphy’s next book is available! Follow him at: www.bookbub.com/authors/luke-murphy to receive new release and discount alerts.