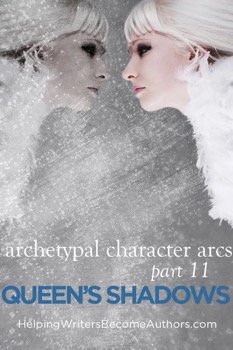 A character who makes it through the Hero Arc is a character who has graduated into a brave new world—the Second Act of the life cycle of archetypal character arcs.

This section of life, which deals with questions of relationship and power, begins with the first of the “mature” arcs—that of the Queen.

But like all positive archetypes, the Queen’s potential for further transformation is “shadowed” by the possibility of her slipping instead into either of two counter-archetypes—the Snow Queen and the Sorceress.