Helped by the driver, a huge woman boards the bus, her flesh hanging skirt-like over her thighs. Because she could never move further, she gets to sit in the “forbidden” first seat of the bus, right across from the driver. Worse than her physical condition is her voice, nasal, loud, and complaining: size and noise define her position.

She’s on her way to Fort Lauderdale to see her husband. “Visiting hours at the jail are from three, but if you’re late they make you wait, and then I can’t get to see him no more ‘cause I’ll miss the bus, you can’t trust no taxi driver down there, they charge you eight dollars when everyone knows it’s only four.” She repeats this five times.

“Husband’s in jail for drunk driving, hit a woman, just cut her two inches and now she’s suing, and the police let her keep all the money and it’s from prostitution too. Only two inches and don’t she know the longer they keep my husband in jail the longer she’s gonna wait for her money ‘cause if he ain’t allowed out to drive his truck, how’s he gonna make money to pay her back? I tried to call her and tell her that. Sure, my husband’s got a drink problem but these eleven months he’s been in jail will dry him out all right. It’s discrimination because he’s part Mexican. I called the civil liberties but they said they only handle group cases. It’s unfair. Last time they took his license away for drunk driving he earned it back so he’s not no criminal. He earned it back, you hear? And you know what? Now they’re threatening him with five years.” She pops open a cola. “Weighed myself this morning, so it’s low enough today.”

To escape her, I flee to the back of the bus.

Along the road, we pass older wooden houses tucked into trees, but more often used car lots, fast food chains, DIY centres, All-U-Can-Eat buffets, malls, office supply emporiums, and endless concrete ditches. Hard to imagine that not very long ago — before 1900 — this was a land of pine forests, dunes, and mangroves, where bear, deer, wildcats, coons, opossums, alligators, crocodiles, even a few panthers thrived. Isolated groups of the indigenous Calusa and Tequesta people lived here, too, those whose ancestors had survived war and disease, who had avoided being transported to Havana as slaves when the Spanish colonists departed. Joined by incoming Creek, free blacks, and escaped slaves, they lived in houses with palmetto roofs and built out of scavenged lumber. Traveling through the heart of the Everglades but rarely living within it, they grew pumpkins and sweet potatoes, ate turtles and turtle eggs.

But by 1900, Florida had become a land speculator’s paradise. Using convict labour, ironwood trees, considered too hard to be cut down, were blown to pieces with dynamite. Machineel and Jamaican dogwood were burned out and replaced with coconut palms, orange and lime trees, banana palms. Ancient Tequesta Indian burial mounds were dug up, the remains and artefacts were either buried in pits or given away. The Miami River was dynamited to provide water for the Royal Palm Hotel, and wildlife was exterminated. By the 1920s, Florida had become a luxury holiday venue, and native people were working on local farms, ranches, and at souvenir stands. Yet, dream vacation destination or no, this state had the highest rate of lynching per capita, and the violence continued well into the 1950s.

The state’s population has grown from 529,000 in 1900, to 21,993,000 today, and Florida has one of the most endangered ecosystems in the USA. Introduced species such as Australian pines and Melaleuca have destroyed turtle nesting grounds, Indian mounds, indigenous plants, and native pine forests — a mere two per cent of the original pineland remains. Ecologically priceless marshes and wetlands, so necessary for replenishing and filtering groundwater, have been drained and transformed into beaches, golf courses, manicured lawns, or have become waste receptacles. No lake, river, or bay is free from phosphates, radioactive gypsum, fertilizers, or processing waste from sugar and orange juice plantations. Lakes Griffin, Apopka, and Okeechobee are near death.

Snakes are killed indiscriminately, the water bird population has fallen disastrously, and there is little respect for wildlife outside of park areas: From 1966 to 1970, after particularly heavy rainfall created man-made floods, deer that sought refuge on dry land found themselves at the mercy of frenzied hunters who turned their dogs loose on them or shot them from airboats.

In 2014, the Everglades National Park welcomed over a million visitors who spent $104,476,500 in nearby communities. However, this area is now less than half of its original size and is threatened by encroaching development, pollution, and invasive species. Continued political manipulation and the glitter of financial gain continue to push this fragile ecosystem into potential collapse. Although a plan to help save the area was passed by Congress in 2000, progress has stalled.

I give my book talk to a wealthy crowd in the events centre of a luxury apartment complex by the beach in Boca Raton. The audience is attentive, and I am asked what my next project will be. I mention Hungary and investigating a pogrom that took place in 1946.

“What for?” asks a well-lifted blond woman. “Why are you bothering to do something like that?”

She’s right, of course. And, suddenly, assailed by doubts, I am naked in the crowd.

A man comes up to me, a German Jew who managed to escape in ’39: everyone else in his family perished. He has never returned to Germany although he knows the country has changed.

“You are able to live in those countries,” he says to me. “You can travel in them and investigate. I was born over there. It’s different for me.” He even admires what I am doing, but obviously thinks I have some official capacity as a journalist, or that I’m with the Wiesenthal Center.

“Myra has only been doing art for three years and she’s sold everything she’s made,” says the enthusiastic presenter. She turns to the glowing Myra. “That means you’re a great artist.”

Thankfully, there are also some surprisingly good watercolours. One is a delicate depiction of a red fox. The artist comes up to me. “He lives in the bushes around this building,” she says. “I feed it dog food so it won’t starve.”

I stare at her. She is elegant, well dressed, obviously wealthy, and I am surprised she cares for such a creature. “A fox lives here, in this world of concrete and tamed vegetation?”

“The other residents are afraid of it, but I do my best to convince them not to have it exterminated. I hope I succeed. They’re all so afraid of nature, but we can get over our fears if we try. I once touched a snake in a nature zoo experience.”

We chat for quite a while because we like each other. Perhaps could even become good friends, but too many things divide us: my itinerant life, her luxurious house in the north and this Florida condo; my lack of money, and her wealth. And, unlike her, I have no kindly multi-millionaire husband with a fine European education. 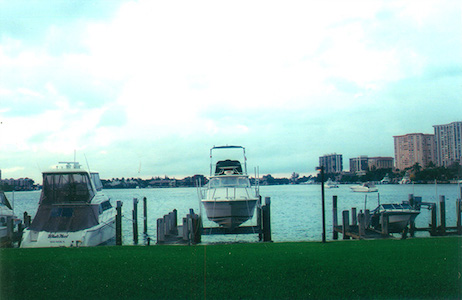 The people around me are polite, smiling, talking enthusiastically, and I’m assailed by faint depression and doubt — just part of the lone traveller’s baggage. Such moments pass, of course, but now I’m wondering if I’ve made a terrible mistake in life. Perhaps there’s still time to sell out, give up on idealism, learn to live happily in a disaster area such as this one and ignore the devastation we humans cause. How easy life could be.

I’m sitting at the table, pen in hand, ready to sign books when a handsome stranger approaches. He is a man who has just stepped out of the pages of a romance novel, and I stare at him, entranced. He bends down, smiles.

“You have beautiful handwriting.”

“Well, thank you.” But I’m at a loss for further repartee. I wonder if he could also think I’m beautiful, but know he probably only considers me an oddity with my fast talk, my wild gestures, my exaggerations.

Then, just like Yahweh in the Zohar, the stranger vanishes, taking with him his smile, the warmth in his eyes. Leaving the crowd and the cocktails behind; leaving me with my piles of books, and my bus ticket on to other places. 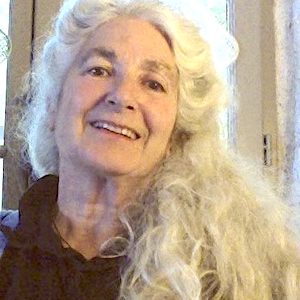