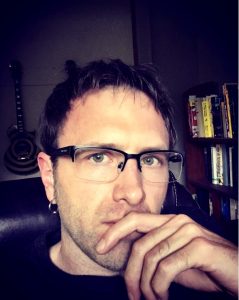 I read a book recently that will remain unnamed. The book was entertaining, and at its core was a pretty darned good mystery with some fantastic twists that made the ending a payoff for the ages. I enjoyed it from start to finish.

But I just couldn’t shake some negative feelings about the narration. This particular book, you see, was entirely first-person narration (“I did this, I did that, I thought this,” etc.) with a crucial tweak: multiple narrators. This meant each chapter had a different character telling a different scene in the story. In this case of this book, all the narrators were suspects in a murder. And as the clues fell into place, it became clear that every one of the narrators was keeping secrets … and could ultimately be the murderer.

But here’s the thing that kept bugging me: all the narrators sounded pretty identical. They didn’t have enough flavor to distinguish themselves, so I found myself continually flipping back to the beginning of the chapter to ensure I was imagining the right person telling the story in my head. That lack of distinct “voice” caused the multiple narrators to mix together.