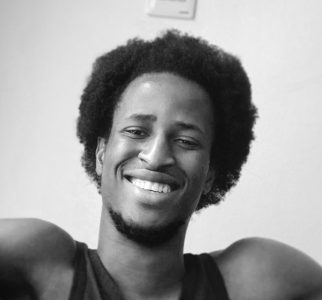 Is your story boring? Would you know or acknowledge it if it was? No one wants to admit that their story is slow, lackluster, or zzzzz. But hey, that’s what critique partners and editors are for. If recent feedback makes you suspect that your story may need livening up, Gilbert Bassey has some ideas on how to do that.

I still vividly recall working on my first story. The anxiety I felt when I thought of sending it out into the world made me instantly start to sweat. But I did send my script to a movie producer and director, and when I got her feedback, my worst fears were realized: “I can’t get past page 50. It is slow, nothing is happening.”

I wanted to cry. I thanked her and asked for some time to fix it. She granted it to me and I went back to work. Two months later, I sent the script back to her and was thrilled when she called to ask how much I wanted for it.

With the many novels, screenplays, and short stories I’ve written, I’ve had to face different versions of the same complaint: “This story is boring.” Every time, I have had to go back and tinker with my piece until the response became positive. This experience has taught me that boring stories tend to have the same problems. To be sure, I didn’t find them all by myself. I had help from many books on storytelling, with my favorite by a long margin being Robert McKee’s Story. We turn to him for the first factor.