I began writing history via my involvement in a Healthy Walking Initiative. Plans were being made on designing routes to encourage local people to walk around the city, but when I asked why they would do so, was met with blank faces. so I started researching places and events that happened there, which led to self publishing several walking guides and my output continued from there. I enjoy designing my own books as it provides a break from the constant arrangement of words, and it helps give me some insight into what I am writing.
.
I am fascinated by Georgian history as in most bookshops there is little between Queens Elizabeth and Victoria, which is odd, as this is when Britain really changed. I really dislike the books that are produced as they mostly show cartoons of drunken rich people, which suggests people were mostly stupid and ignorant which is far from the truth. In a world without modern technology, living in cold buildings and where transport was mostly on foot, people had to be tough to survive.
.
Then I started to see how much lazy history is current. Many people believe our ancestors died at the age of 35, that women had no rights, and that everyone was a racist. the truth is far more complex and far more interesting. When I find people behaving strangely or badly I ask myself, what would i have done? What do their actions tell, or suggest to us? I can’t always come up with answers but I think I’ve become good at guessing. And guessing requires both knowledge and imagination, and that’s where the challenge lies.
.
I used to sell my books at market stalls, and the best comment I was given, was a woman who claimed she didn’t like history but she loved my books. I recently met a woman who told me she was too busy to read. I showed her my new books and she loved them. Then she thought for a bit. She realised she was often alone in her shop, so she did have time to read, so she bought one of my books. She said she would keep it on her desk so customers could see it and asked for some flyers in case they were interested.
.
I love stories that challenge norms. I love pondering why things happened, why people acted in certain ways. I can’t always come up with answers, but I pride myself after many years of researching, that I am a pretty good guesser, and if new information comes to me I am willing to change my views.
. 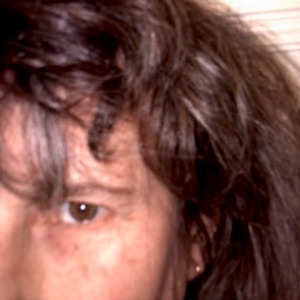 The idea I hate most is that in the past, live was cheap. In a world without a welfare state, people had to rely on each other, which meant they had to get on with their neighbours. They lived with high risks, so what seems like stupidity or bravery to us was often the norm. Many women struggled to produce healthy children, so I think those that survived were treasured as much, or even more than today.
.
The more I learn of the Georgian period, especially its early decades, people seem like children let loose on the world. There was so much to learn, so much to explore, so much to discuss. They were far from perfect, but they built much of our modern world and in the midst of our current chaos there is much we can learn from them.
.
I wrote 3 books because this allowed me to move between them when I hit a wall with writing. But it also helped me see links between them that were not obvious. Mr Bridges’ Enlightenment Machine fascinated me for many years. I discovered Henry Bridges as the father of James Bridges who rebuilt Bristol Bridge which I had written a book on. The story is mostly about a giant musical and astronomical clock but links in with travelling shows, art, architecture, engineering, cabinets of curiosities and so much more. the clock was called the microcosm or little world; the book became a world of itself.
.
Frolicksome Women began when I found an article about  a cordwainer called Thomas Hardy who bought a wife and the event was celebrated by a dinner with friends. It intrigued me, and the more I looked, the more fascinating the story became, and provides an insight into love, marriage, women’s rights and much more.
.
The Midas of Manumission intrigues me because Samuel Gist was an orphan sent abroad, like many young men or his age. I am intrigued as to how they survived, what sort of men they became. He owned slaves, and also traded in them, but he was described as treating them kindly and he seemed to dislike the Virginians he dealt with. On his death he left large sums of money to charity, and also freed his slaves, so his story is complex and again shines some valuable light into life at the time.