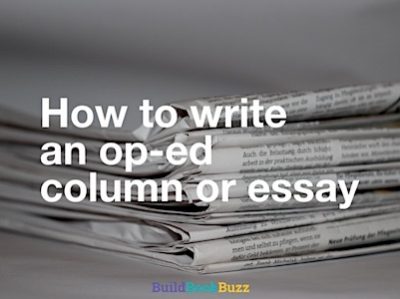 Op-eds – essays that appear opposite the editorial pages of newspapers – are powerful communications tools for authors with an informed opinion on a current topic in the news.

An op-ed column or opinion essay lets authors and others use the power of their words to influence opinions on a topic by making an argument for a particular perspective or solution.

Because they’re opinion pieces with a stated bias rather than reported stories, they go in a section of the newspaper that’s set aside for opinions.

Writing and placing an op-ed often involves waiting for a big news story that provides the timely hook you need to get an editor’s attention, then quickly cranking out that essay and getting it to the editorial page editor quickly. It has to run when the topic is still in the news.