As a fantasy/science-fiction writer, I’ve stacked up a bit of experience with world-building that I’ve wanted to share, and The Story-Reading Ape’s blog is the perfect venue.

Now don’t run away if you don’t write speculative fiction. Clearly, world-building is a key part of bringing fantasy and science-fiction stories to life, but it plays a role in all fiction, and in some non-fiction as well.

Most of us probably agree that the physical places within our stories need to feel authentic. But if we create them as mere backdrops to the action, we’re missing an opportunity to enrich our readers’ experiences. In great fiction, setting plays a role in the story. It’s changeable, a help, a hindrance, a metaphor, a mood, possibly even a character in the drama.

Fantasy author Brandon Sanderson is a proponent of the idea of setting-as-character and builds a “character profile” of the world he’s designing. From his character’s point of view, the world has “personality” including strengths, flaws, and quirks.

Regardless of your genre, the world in which your characters live shapes their experiences. Selecting an effective setting is as vital as choosing the right players and plot. The world might be a friend or foe to your protagonists and villains alike as they navigate a dynamic environment.

The setting of a book may rejuvenate or deplete, trigger buried flaws or instill hope. It may force the characters to learn new skills or gather greater knowledge, or it may confront old fears and force choices that break the heart and soul. It may assist your hero in evading a villain or trap him with no way out. The impact of a world may be physical, emotional, psychological, or spiritual.

In choosing a setting, consider how your plot may play out as you increase the challenges the world imposes. How does the conflict unfold in a sweltering city or on a damaged ship at sea, stranded in a mountain snowstorm or stuck living with controlling parents, in high society or in the trenches of war? What if time/fuel/medication/food/oxygen is running out?

If a scene is falling flat, intensify your setting to up the ante.

But that’s not the only way to bring a setting to life nor the most important.

If your story is about a couple working through issues, consider the difference if the characters are stuck for the holidays in a cherished family home versus a home that was filled with abuse. What are the key details that symbolize the relationships with the environment? Perhaps it’s a belt hanging on the back of the kitchen door, or a treasured grandmother’s silver tea service.

Sometimes feelings are evoked by the passage of time and how a place changed physically. Or perhaps the place hasn’t changed, but the person who views it is no longer who she or he once was. The contrast is what makes the relationship between character and setting dynamic. Again, link the changes in the physical details or the character’s perception to the emotions they generate.

Setting will also evoke different feelings in different characters. What one finds dull another will find peaceful. What fills one character with a sense of adventure will terrify another. The various reactions to setting create tension, not only with the setting itself but between characters. Take the time to explore each character’s relationship with the world they find themselves in and pit those feelings against each other.

Remember that setting is more than place – it’s the weather and seasons, the sounds and smells, textures and tastes, the values and attitudes, the politics, the people, memories of the past and hopes for the future. Characters will have feelings about all these elements of the world, whether your story takes place down the street or on another planet. 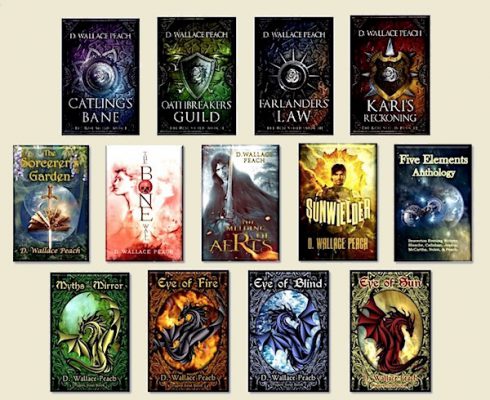 133 thoughts on “World-building: Settings for all Genres – Guest Post by, Diana Peach…”

Except where otherwise noted, content on this site is licensed to Christopher Graham (aka, The Story Reading Ape), under a  Creative Commons Attribution-NonCommercial-NoDerivatives 4.0 International License.
Join 15,681 other subscribers