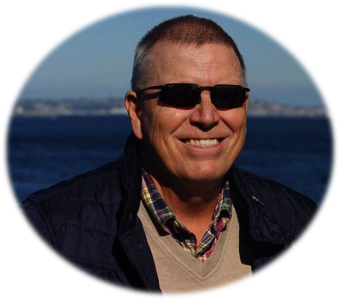 My name is Chuck Jackson. I am a retired accountant living in Southeast Florida. Before retirement, I spent my last twenty-five years working as the budget manager for a special district in Palm Beach County. I was a member of Government Finance Officer’s Association (GFOA) and the Florida GFOA. I graduated from the University Texas at San Antonio with a BBA in Accounting.

My dad was career military and I grew up being what we called a “Military Brats”. We moved frequently, consequently never establishing roots anywhere. Our family had the opportunity to go to Okinawa and Japan. An experience I will never forget. After high school and a year of college, to avoid the selective service draft, I followed my dad into the Air Force. Unlike my dad, I left the military after my four-year enlistment expired.

When I left the military, I attended a year of mortuary science school. After two years of apprenticeship, I worked for twelve years in the mortuary industry as a licensed Funeral Director and Embalmer. While working full time, in 1983 I finished my bachelor’s degree in accounting and passed my CPA exams.

In 2011, doctors diagnosed me with the first of two bouts of cancer. While often housebound from the effects of chemotherapy, I began writing my first memoir manuscript. When completed, I knew it was not publishable. I began taking on-line writing courses and enhancing my writing skills. I also decided to take my extensive manuscript and divide into three parts. 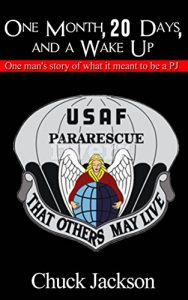 June 2016, I self-published my first book, Two Months, 20 Days, and a Wake Up. Although fiction, it is based on my four years in the military. The following is this book’s description:

One Month, 20 Days, and a Wake Up, follows a young man’s account of his four years serving in the Air Force. This novel follows him and his best friend as they volunteer to cross train into the elite career field of Pararescue. They spend 14 months of grueling training where only the best and those with the desire to push themselves to the limit, successfully succeed in becoming a PJ.

When he graduates and proudly wears the burgundy beret and Pararescue Flash, he knows it is only a matter of weeks; they will assign him to a Pararescue flight crew in Vietnam. The book follows his 13 months in Vietnam where he quickly learns the horror of war and how he must adapt to not only keep his sanity, also return alive. His story contains several of the rescue missions he and his PJ brothers complete where not all of the rescued are returned alive. When he faces personal bereavement, he must reach deep to restore his integrity, and keep his oath, “These things I do, that others may live.” 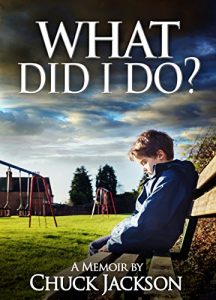 In July 2017, I self-published my second book entitled What Did I Do? The genre of this book is a memoir of my youth years. The following is the book’s description:

What Did I Do? is Chuck Jackson’s true recollection of the abuse he received from both his parents. It is a story where he spent years struggling to please them without succeeding. It is a story where they told him he was irredeemable and unworthy of being their son. When he saw love and happiness in other families, he wondered why not his.

Chuck came out of the darkness to expound on the stigma attached to child abuse. He admitted to the affects of shame, anger, guilt, and depression that he and so many experience. He tells the story of survival where he felt invisible. Follow him where he sought a warm touch and a kind word of praise. Follow his desperation for love from anyone. Follow Chuck’s story and help answer his question, What did I do?

The hardest of my planned books I have to write yet. I anticipate completing it sometime in 2018. It too, I plan to be a memoir. Once I have completed my goal, I want to write some lighthearted fiction. I also want to release some short stories on my blog website.