In 2006, I finally listened to that inner voice telling me to do what I’d always wanted to do– write novels. Then there was the question of what to write about. While I was busy with another hobby of mine, genealogy, it came to me. My family history contained many stories that needed to be shared, so that’s where I started.

Fortunately for me, I love to do the historical research involved. What I love even more is filling in the details that make the story come alive. And there’s no one living to tell you that you got those details wrong. Another great thing about historical fiction is it’s not time sensitive. The stories never go out of date. History is always there– a great pool ready for you to jump in. And for the reader, it is much like fantasy– an unfamiliar world to escape into.

So, I wrote three novels about my eighteenth century ancestors John and Susan Dean, set in England, Scotland and Northern Ireland, respectively.

While I was writing the third novel, I found a Canadian publisher who was interested, but only if the story was set in Canada. So, I wrote a fourth novel that described their life in Nova Scotia in the 1790’s. 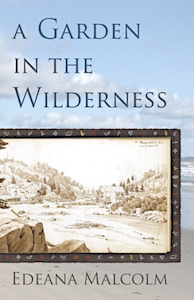 The first three novels are available as e-books or print on demand through Create Space. The fourth is available through Borealis Press.

Now, I have just published a fifth novel called The Loyalist about another eighteenth century ancestor, Michael Eisan, who was born in Germany and came to Nova Scotia by way of England and South Carolina. By the title and cover, you should know that he fought on the losing side of the American Revolution, and became one of the thousands of refugees given land in Nova Scotia.

Another interesting fact about Michael Eisan, and the reason I wanted to tell his story, is what the family Bible says of him. “He married for the third time at the age of 101 and died of his excesses at the age of 103.”

Find out more about the author at: