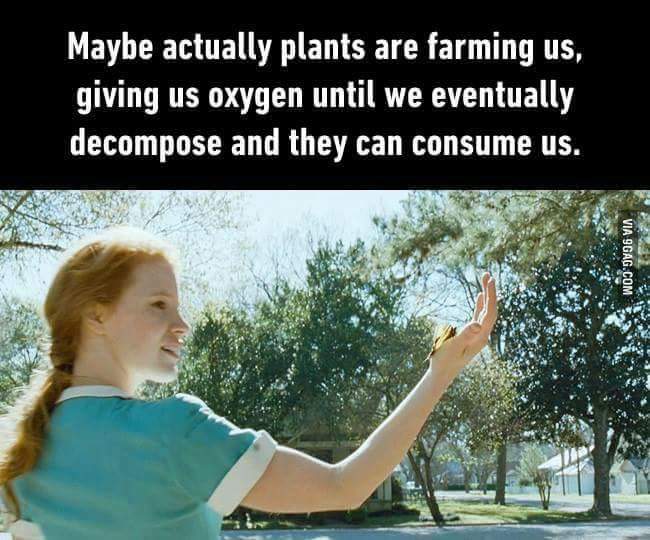 It was all the fault of those pesky woodworms that chewed up old Grandma Archaeopteris way back around the Devonian Period when life in the oceans seemed to ingest the evolutionary equivalent of ‘Speed’ and coughed up the beginnings of landlife onto the shores of Pangaea.

She didn’t mind when only the first two of them came along and decided to make their home in her bark, but when, in the space of only a few tree hours, there seemed to be millions of the little beggars chewing at her, she sent out a signal to her sisters, via the root-web, asking for ideas on how to get rid of the irritating biters.

Some of her tree-sisters told her about chemicals they’d developed in their sap that seemed to discourage the invaders, other tree-sisters said they’d found a way to discard their woodworm infested bark every so often. However, there was another development occurring that really got everyone’s leaves rustling – LEAF-CHEWING INSECTS had also arrived on the scene!

Almost overnight, in tree-years, there seemed to be thousands of different types of tree and leaf eating insects around, some could even fly from tree to tree.

Then the Ferns and Grasses joined in and reported large two and four limbed creatures who could devour whole swathes of grassland and trees as they walked along.

Every species of tree, fern and grass put their thinking roots together to consider what to do about all these voracious creatures.

Some trees and other plants reported that their fruits, nuts and seeds were being transported longer than usual distances because the Eaters were depositing them, along with stuff that helped them grow faster.

Late newcomers to the root-web, the Flowers, told of making bright colours, scents and liquids to attract flying insects and feathered creatures, who, when they called to investigate and drink, went away covered with sticky pollen, which rubbed off on the next group of flowers visited, thereby helping them germinate new flowers.

Some flowers even told tales of how they ATE THE CREATURES THEMSELVES.

The Trees, Ferns and Grasses wished THEY could eat the creatures as well, but didn’t have the means.

Then one day someone observed that when the chewing insects and creatures died, their remains decomposed and their nutrients could be absorbed via the root systems.

WELL, that gave EVERYONE food for thought!

The vote was taken and the unanimous decision was adopted by everyone.

The creatures would not only be tolerated, but would be ENCOURAGED to increase in numbers, so they could help spread Plantlife more widely than otherwise possible and, more importantly, provide additional delicious nutrients via the root systems when they died.

Plantlife would go up into the skies, towards the twinkling lights that could be seen when the Sun was elsewhere.

So the recently evolved ‘Humans’ and their companion creatures called CATTLE (who they ate!) were given extra nutrients via plants called CROPS.

This helped develop the Human Brains so they could pick up telepathic signals from Plants, who guided them to develop Space going vehicles in which selected Plants would travel – along with their Human Food Supply… 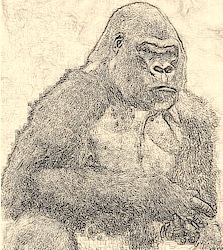 If you enjoyed this tale, see more HERE

32 thoughts on “Does That Lettuce Look HUNGRY? – A TSRA Tale…”