The final push I needed to take the leap into the unknown and start my writing career came from an unlikely source – my dead father. 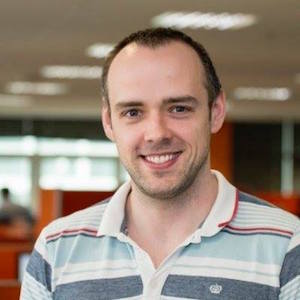 In April 2014, I found myself in a small cabin on the fringe of the Amazon rainforest in Peru. I was already half-way through a whirlwind South America backpacking trip, when a buddy decided that it would be a good idea to pause what was a hedonistic lifestyle up until that point. His suggestion was that we retreat to the jungle and try a hallucinogenic brew called ayahuasca.

Believed by the natives over thousands of years to be a portal to another dimension, as well as a potent medicine to cure a range of ailments from colds to cancer, my own justification for trying the psychedelic potion was to gain some clarity about my life’s path. Thirty-two years old at the time, I had harboured a dream of writing for the best past of a decade but lacked the confidence to begin releasing my material, content with it stuffing up my computer hard drive.

It was during one of the ceremonies that I spoke with my father. He had died seven years earlier. One of the questions I asked was whether it was foolish to pursue a passion of writing. I’ll never forget his response.

“You won’t be the next Stephen King, but you can make a living from it.”

Anyone who has tried this ancient cocktail will know how powerful the visions can be. That incident combined with many others over 48 hours in the cabin to convince me to take the first tentative steps outside my comfort zone. Firstly, by creating a blog and announcing my intention to the world. Secondly, employing professional hands to edit and shape the manuscript that became Pathfinders, into something that would appeal to people.

Pathfinders took ten years to write. I chose to self-publish it because my background is in sales and marketing. I’m quite comfortable with looking for channels, networking and starting fires in the hope of shining a light on my creations. I used a number of different ways to build up a head of steam ahead of its promotion at the beginning of this year, including featuring in articles for local press and writing a piece for the biggest national newspaper in Northern Ireland.

Officially, I’ve been published for a little over six months, and have since followed up with two more books called Sigil and Spectrum. I think all aspiring authors need a little push on occasion. I guess mine came from an entirely unexpected source.