Inspiration for writers comes from the strangest and most unexpected places I find and usually when you least expect it. I’d been happily writing my first book in the series Ms Birdsong Investigates, having decided upon her character, her background and the full plot with over 20,000 words written, when a family wedding changed all that.

Set in 6,000 acres of the most beautiful countryside in rural Kent the wedding venue was grand, impressive, and steeped in history; just my kind of place. A rambling, not quite stately home, but I wouldn’t say no if offered it. The rooms were all wood panelled, lots of carved ceilings and pillars, and grand stair-cases to die for. You get the idea.

The Grand House where Ms Birdsong had a plot change

Gardens of the Wedding Venue

My accommodation was fantastic; a grand four poster bed stood in the middle of the huge bedroom, with sloping floors, ancient rugs and furniture, complete with a quaint en-suite.

One of the lovely rooms in the Wedding Venue

And the view from my casement window of the parklands and structured gardens, which surrounded the building, was breath-taking. I made sure I explored all I could as soon as the wedding was over.

View from my rooms

I’ll not bore you with wedding descriptions. In the tradition of all weddings, it was perfect, fairy-tale, and the bride was beautiful. I don’t really ‘do’ romance, so forgive me. I’m more inclined to wonder who to bump off and how…I do ‘do’ crime after-all.

Ah, yes! Ms Birdsong and all that. Wandering around the grounds of the remote countryside pile the following day, with its mile long concealed drive – one of several I found out, and with a key-pad entrance complete with high tech CCTV coverage and guests having to give prior details of driving license, car registration and full personal information, I started to wonder. This was not the run-of–the-mill wedding venue. My little grey cells were beginning to hop about. I felt a few little tingles when I explored some of the many sitting rooms, grand hall, landings and other exciting spaces with the most divine furniture from various eras, huge oil paintings and works of art. A typically landed-gentry type of home which had obviously been in the same family for generations. Or had it? I wondered.

One of the many drives to the Wedding Venue

Before my career in the International Music Business managing recording artists, musicians, singers, song-writers and record producers – baby-siting on a grand scale more like – I spent some time working for the British Government in various departments too boring to mention. 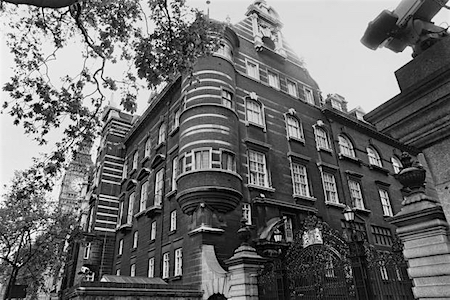 However, one job I had was with the Foreign and Commonwealth Office in Whitehall, London. Anything but boring I can assure you. I mean, how do you respond when someone rings you all excited and breathless and asks ‘when does the cherry blossom bloom in Israel?’ Well, before I could answer that question scramblers were engaged and a very authoritative voice informed me ‘we’ll take it from here.’ I was told to replace the receiver and forget the call. It’s understandable therefore, that I developed a love of all things spy-related and covert, and when I decided to stop messing around with music and to get on with the love of my life, writing, such experiences stayed with me. I thought I’d throw this in so you can understand how my mind works.

I write crime stories and often they involve the world of music – another great well of experience which would make your hair go white overnight I can assure you, if you knew just the half of it… And I often merge my knowledge of ‘hush-hush’ things with crime stories too. Write what you know they say. So I try.

Right, back to Ms B and the wedding venue. I had a good look around and spotted that several pieces of art were on loan from HM Government. This struck me as odd, because I knew that works of art on loan from HM usually ended up in government departments. The writer in me perked up. I was adding up all I’d seen – CCTV, Keypads etc. So I decided to chat to the staff running the venue.

A receptionist was very friendly, having asked me if I knew the owner of a discarded Kilt, jacket, undies and sporran, who’d apparently streaked across the grounds in the early hours. Sounded like the groom to me, but…anyway, we had a chat and I asked about the art. I mentioned I was former FCO and she told me that she and everyone working at the venue, even cleaners and gardeners, were all FCO staff. From what she told me about her career at the FCO etc I knew she was being truthful. The penny dropped when she asked me if I’d found the Panic Room in my bathroom. I’d already done the panel banging bit around my room so knew I wasn’t the lucky one. She went on to tell me that when the venue wasn’t being used as a Safe House or for high level diplomatic conferences, it was rented out for weddings, but not frequently.

Oh boy! Did I have a moment or two: Ms Birdsong suddenly took on whole new back story and plot – I couldn’t wait to get back to my computer to write – trouble was, I had to write the story pushing to be written then, and so book one Ms B had to wait for me to write what turned out to be books two and three first, which, of course, meant that book one had to be totally re-written. And that is where I am with her today.

Lavinia Birdsong is now a former MI5 officer, ‘voluntarily’ retired following an aborted operation with MI6 and bored out of her skull in rural Oxfordshire, when a woman goes missing and she is involved in the investigation. Along the way she encounters Russian Mafia, Ukrainian people traffickers and…well, let’s say her adrenaline rushes have returned and she is on familiar ground. Lavinia Birdsong Investigates should be ready for my publishers by the end of 2016.

The Vale of the White Horse where Ms B resides.

Jane Risdon has spent most of her adult life in the International Music Business managing songwriters, musicians, singers, and record producers with her musician husband. Always longing to write she never had the opportunity until a few years ago when her husband’s former fan-club secretary, ex rock journalist, and now award winning author, Christina Jones, urged her to take the plunge. Since then Jane has become a published author with Accent Press and has contributed to various anthologies as well as co-writing with Christina. Their novel, Only One Woman, is due out later this year. Jane is also writing a series of novels, Ms Birdsong Investigates, about a former MI5 Officer who finds herself investigating a missing woman and ends up tackling Russian Mafia and Ukrainian people traffickers in rural Oxfordshire.

Jane’s Links to her books and social media:

Some of Jane’s writing: 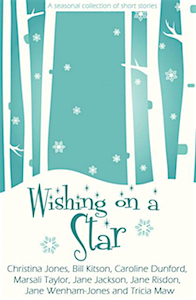 Wishing on a Star: Featuring Merry Christmas Everybody – sinister goings on in a recording studio over Christmas 1989. (Accent Press/Amazon)

Shiver: Featuring The Haunting of Anne Chambers – a tale of pirates and smugglers with a twist. (Accent Press/Amazon) 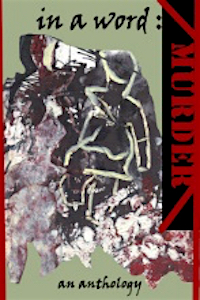 In A Word: Murder – Featuring two of my stories set in the world of Music and Book publishing. (Margot Kinberg Publishing/Amazon)

Dreamer: About to sign major recording and publishing contracts with a super-star American manager as part of the deal, Dreamer are set to dominate the world of music and pocket huge advances. There’s a problem: the manager won’t do the deal if their lead guitarist Jake is in the band. There’s another problem: Jake is the sole songwriter and it’s his band. Things get nasty as the band decide they need to get rid of Jake.

Hollywood Cover Up: English-woman Tuppence she has the perfect job working with the movers and shakers in Hollywood’s music and movie business. She’s mixing with the rich and famous and her life is everything she could dream of…until she witnesses an event at a birthday party for a Presidential candidate thrown by her boss at his Beverley Park estate. Soon she is running for her life and from the Secret Service among others.

I Am Woman (vol 1) – Featuring The Look: Two photography fans strike up a friendship online in a Facebook Photography group and make plans to meet in the real world. Both have an ulterior reason for the meeting where they plan to spend an afternoon photographing an old mill. Only one of them returns… (FCN Publishing/Amazon)

Madame Movara’s Tales of Terror: Featuring Haunting Melody – Lead guitarist Ace dies on tour when his band’s tour bus crashes on Big Bear Mountain in California, months after his long-term girlfriend runs off with his arch enemy, lead guitarist, Spike. Spike takes his place on the rest of the tour much to the rest of the band’s anger. Soon Spike begins to experience strange events, he keeps hearing Ace’s new song and he starts having black-outs…(Kelly Hamblin publishing/amazon avail Oct 2016) 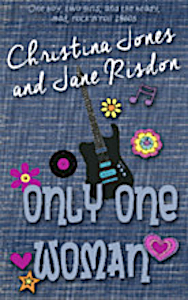 Only One Woman: Christina Jones and Jane Risdon’s novel set in the Swinging Sixties music scene: music, fashions and world events in 1968 frame the lives of two girls in love with the same guitarist, and events come to a head when he has to decide… (should be avail late 2016/early 2017 – Accent Press/Amazon).