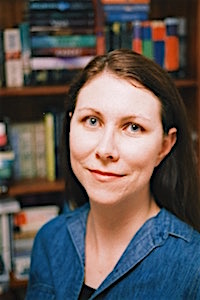 I’ve dreamed of being a published author since I was six years old, stapling together bits of paper into “books.” Even now, the idea of holding a book in my hands, with my name on it, has a kind of magic that I think all writers seek out.

And it doesn’t just happen as an author. As a reader, it’s that buzz we feel when we read a book we love so much that the rest of the world fades away.

Recently, someone asked me how I came up with the world in my book, Fear My Mortality. My initial answer was to say that I sat down one day, brainstormed, and just started writing—you know, as you do.

But when I thought about it, I realized it was more than that.

I was sick a lot as a kid. I had a nasty case of glandular fever and after the initial, painful weeks in bed, the illness stuck with me for the next ten years. Even an ordinary cold would knock me flat, let alone flu or pneumonia, both of which I had more than once.

I remember one time saying to my mom: If only my body had super healing and even if I got sick, I’d only be sick for an hour.

I think that’s where my book began. Imagine if our bodies could heal themselves within moments. Imagine if we only died for as long as it took our bodies to repair and regain consciousness. I’m not talking some mystical, magical repair, but super immune systems and massively accelerated healing rates, red-blood cells and repair cells working at hyper-speed to keep us alive and perfectly healthy.

I wished for that—quite desperately, I’ll admit—as a child as I listened to the other kids playing outside.

But something that illness taught me was empathy and compassion. I knew how it felt to miss out or be incapable of doing something. I knew how much incapacity could affect a person’s self-esteem and their sense of control (or lack of control) over their life.

So when I began writing Fear My Mortality, I asked myself the question: If human beings were invincible, would they lose as much as they gained?

I think the answer to that question is “yes” and I wanted my main character, Ava, to display qualities that can only be found through an understanding—however deep or intrinsic—of the value of human life. 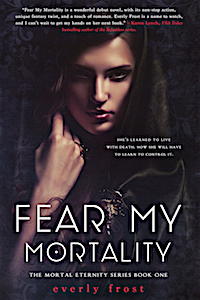 In a world where people are invulnerable to illness and death, with lives spanning hundreds of years, a sixteen-year-old becomes witness to the impossible – her brother’s failure to regenerate after death after which she suspects that she too may be mortal.

You can find me on: