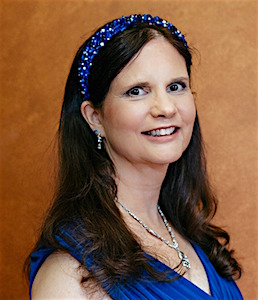 Maryland has been my home since I was two weeks old. I’ve traveled all over the world, but nothing beats home. I love animals and I’ve had a variety of pets my entire life. Currently, I have two dogs and a pond with frogs, fish, turtles, snails and a snake. I’m not happy about the snake, but we tolerate each other.

I have always loved reading and I continue to read as much as possible. I never imagined myself as a writer, but I was directed to do so by my father, from the Other Side. I have been given messages that contain urgent warnings to us in these troubled times. My messages are timely and I will be publishing Presidential Souls in January 2016.

I have too many favorite authors to list, but one had a great influence on my life: Edgar Cayce. My father was a minister and before he died he learned about Edgar Cayce and suggested I read about him. It literally changed my life. I thought I was going insane from all that I was seeing and feeling, but when I read about Edgar Cayce, everything made sense. No one knew what I had been experiencing, so my father couldn’t have known at the time how he was helping me.

As a Reiki Master, I work with Energy, Auras and now, Celestial Hats. I use my unique tool, Celestial Hats, to perform a Paranormal Psychological Analysis. Everyone has a Soul and every Soul wears a Hat. I identify your Hat and it gives me a tremendous amount of information about you. You cannot lie to me. Your Soul will tell me the truth, whether you like it or not. A few of the presidents tried to fool me, but I saw through their ruse. Some of them are real tricksters and they crack me up.

As a graduate of the University of Maryland, I’ve been close to the Nation’s Capital my entire life. Perhaps my familiarity with the haunts of the former United States presidents and my ability to listen to them is what drew them to me. I was given messages to deliver from these former world leaders. Some of the messages are funny, some are sad and some are heart-breaking. The unified message is urgent and terrifying.

The veil to the Other Side has thinned and I’m receiving information like never before. I’m currently working on refining information I’ve had, but was unable to comprehend, about energy portals. However, I love taking a break to perform Hat readings because they’re so fun and exciting!

Night after night the ghost paced back and forth. He stomped, he stared, he hovered and he shook things until I finally asked,

Abraham Lincoln and the other United States presidents have come forward in ghostly form to deliver vital messages.

They’re not too happy and I was appointed as their messenger.

You see, they heard about my Paranormal Psychological Analysis. They love the idea of finding out what their Celestial Hat is and I gave them an opportunity to submit a message, from the Other Side.

I was reluctant at first, due to the extent of this daunting task, but they persisted.

They used to be world leaders, so they’re kind of pushy.

I came to know these men personally and it was one of the most rewarding experiences of my life. If you have doubts about the validity of my claims, then ask yourself these questions:

·         Do you believe that our loved ones visit us and watch over us from the Other Side?

·       The United States presidents are like every other Soul, so why can’t they visit us and be concerned about our welfare?

These men came forward because the country they built and love is being destroyed. Their unified warning is terrifying.

I’m not proud to admit that I was never interested in politics before. I’d vote in every election because it is a right and I treasured that right, but I was never well-informed.

Then, a number of years ago, I was given an extremely strong message from the Other Side, about President Bush. The message seemed to come out of the blue. The message was so clear that I can recall the moment like it was yesterday. I know where I was, what I was doing, the time of day, the weather – everything. I didn’t understand the message, but I do now. I had a similar message experience regarding President Obama, long before he was president.

Most people have probably forgotten about 2012 and the end of the Mayan calendar, but if you look at world events since then, you’ll see that much has changed. I have changed. The veil to the Other Side has thinned and those of us who are aware and remain open, become more connected every day. Those on the Other Side know they can come to me, and I’ll listen. And now they send us messages and warnings.

When I agreed to channel the United States presidents, a few others insisted on coming through. These are strong personalities and one in particular was highly amusing. He kept “Hat-Reading-Bombing” me. I’d be doing a reading on someone else and he’d jump in. I included him in my bonus book.

After I performed the analysis on all of the United States presidents, I decided to exclude the living presidents in Presidential Souls. Some of the readings on the living presidents and presidential candidates are highly controversial.  People will accuse me of injecting my political views, but whether they chose to accept it or not, it’s not true. The truth is that I formed my political views because of the readings. I’ve become highly interested in politics because of the readings. I’ve become aware of information about our leaders that I never knew, or cared about, before.

This is their end game. To make us aware of the true nature of our leaders, as I was made aware. 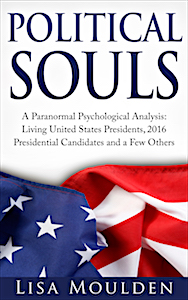 I’m only offering Political Souls for a short time during the pre-ordering that is going on now. The order site is: https://publishizer.com/presidential-souls/

In order to help promote Presidential Souls, George Washington came forward as a full-figure apparition! His ghostly form can be seen at: https://www.PresidentialSouls.com

Ghosts like to come out and play when I’m around and I also offer ghost hunting trips with me on the pre-order site.

After I finished Presidential Souls and Political Souls, I asked the presidents if they had any further messages for me. They wanted me to do readings on the first ladies, so I’m currently working on First Lady Souls.

If you wish to know the true nature of the Souls of the leaders of the United States, read Presidential Souls and Political Souls. When I perform a reading, you can’t lie to me. I talk directly to your Soul and I see your true nature, whether you like it or not. I’ve discovered a few evil presidential personalities and they’re terrifying.

Are you brave enough to hear the truth? I’ll bet you can’t handle the truth!

I dare you to find out, but order now, before it’s too late!

Except where otherwise noted, content on this site is licensed to Christopher Graham (aka, The Story Reading Ape), under a  Creative Commons Attribution-NonCommercial-NoDerivatives 4.0 International License.
Join 15,680 other subscribers