Further to the fun 79 word challenge set by Author Andrew Joyce – click HERE to check out HIS story.

I’m delighted to post the first seven entries received (to visit the writers blogs, click on their names or photos) as follows:

‘The Scent‘ by Emily Gmitter

She stood at the stove, wearing one of his white business shirts over her birthday suit. Maple-flavored bacon sizzled in the pan.

The scent must have awakened him; she felt his arms encircle her waist. She did not turn around. They stood in silence for a moment before he whispered in her ear.

“That was a great fight last night.”

With her back still to him, she said softly, “I hate you.”

He stroked her hair gently. “I know.”

I wandered aimlessly, as I did so many times before, around the outback of Australia, when an incredible idea popped into my mind.

Sneakily I looked around for a suitable animal, thinking: Would it be really possible to change into an animal to see and feel how they live?

Then I murmured, ‘I really want to know.’

A dingo passed my path. I closed my eyes with the dingo in my mind.

I looked at my furry legs.

The Crush by Diana Wallace Peach

His eyes glinted, feral, his hair tousled with ageless youth.

Desperation erupted in my chest.

The attraction felt fatal, my desire fraying all threads of reason.

He was raw imagination, eternal; I married and bound by time.

Curled on my bed, I ached in the slatted sunlight.

If only I could leave behind the humdrum of my life, abandon the dull comfort of my ordinary days.

Instead, I closed my book and buried the pages on which he thrived.

The Stoic by Melissa Barker-Simpson 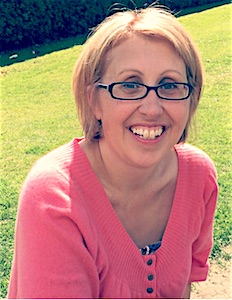 “What’s on your mind, Cuttman?”

Dennis stared at the stoic-faced medic. He wasn’t amused by the question, not in the slightest.

At that, the explosive environment ceased to exist and silence descended on them.

Then Carter, no longer stoic, threw back his head and roared with laughter.

He did this without moving his hands; hands that held his buddy’s skull together so he didn’t leak brains all over the battle field.

From this day forward… by Sue Vincent

A cobweb-lace wedding gown captures the dew that soaks his knees.

Her eyes look up, wide with wonder.

A mist in his own softens the world.

The chill embrace of a new day… a new beginning.

For a moment life stretches out before him, a glorious tapestry of laughter, children … and love.

All still to come… a discovery to be shared… together.

Slowly he stands; white rose petals lie stark against the freshly turned earth of her grave.

They were on everyone’s list today as there were only three blackened avocados left.

Mr. patchy red beard and Birkenstocks, pushed in picking up all three.

He squeezed them with perverse delight and threw them back down.

‘Only an idiot would buy that rubbish,’ he said smugly.

I repressed the need to stamp on his bare toes.

‘Not if you are making guacamole,’ I replied tartly. ‘In which case you have done half the job for me already!’

The wormhole dumps them in a glacial desolation, the crumbling ruin of a shopping mall, the only shelter from the mutant dogs, crows, and ratmen.

As the Apocalypse limps towards its spectacular finale, and rival tribes of demented, brutish boys fight in a futile struggle for survival, Carla and Tully sneak away across the devastation of the Paris suburbs, looking for the only escape route—another wormhole.

If YOU would like to join in the fun and have YOUR 79 word story posted, along with your photo and blog/website link email your entry to me at: