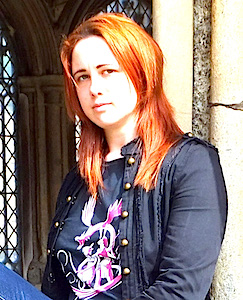 Hello, I’m Melissa, and I’ve been writing for as long as I can remember. I started writing seriously, knowing I wanted to be a published fantasy author, when I was approximately thirteen years old.

That’s when I created the world of Aeldynn, and I have been developing it ever since. Telling you why I write would be a difficult task. Simply put, I do it because I have an entire world in my head, and millions of images, motives and emotions to share with everyone. It can’t stay locked up in my head forever,

Me on board Stavros S Niarchos

During my teens, I role-played on the MSN chatrooms with a friend I found online. We grew close like sisters and after clearing we were who we said we were with one another’s parents, we stayed with one another on a regular basis. When the MSN chatrooms closed, we moved on to instant messengers for our role-playing, which was all based in the world I created. For the most part it was just the two of us, and I played several of my own characters, but one or two other’s joined in once in a while. This was a fantastic way of engaging in early character development.

Other than my writing, I enjoy playing video-games, watching anime/tv series, travel, history, mythology, cosplay and sailing on board tall ships.

Today, my debut novel has come to fruition, and I now have a teaser book out that I hope you will love and want to read more of in preparation for the novel’s release. Its title is The Gateway to Aeldynn Lore, and is currently available on Amazon both on kindle and in paperback. The title of the debut novel is Keys of the Origin, which is the first volume of a saga called The Scions of Balance.

The Gateway to Aeldynn Lore is a teaser book that features the first three chapters of Keys of the Origin and its synopsis, plus a bit about the lore of Aeldynn, sea shanties, and character introductions. It was published by Blackheath Dawn Ltd – a new company with a view supporting both aspiring and established writers, offering literary services and creative writing advice. After I was approached by the company’s CEO – Terry Gilbert-Fellows – I joined the Blackheath Dawn team and have been producing articles on creative writing for them, and dabbling in a bit of proofreading as well. I would like to thank Terry and the team for all of their support in getting me this far. I am currently searching for an agent and traditional publisher. 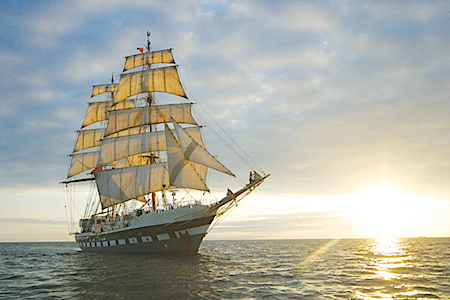 A Synopsis of Keys of the Origin chapters 1-3: 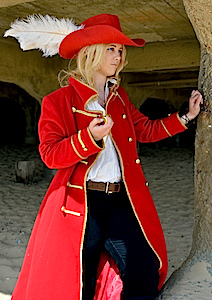 Me cosplaying as my own character, Larkh Savaldor. Photos © Paul Jacques, 2014.

An oath-bound Kensaiyr traveller enters the Niradessian Vaults in the Nays homeland of Ardeltaniah in order to wake the seven fabled Kaesan’Drahknyr from their long slumber more than three thousand years after their sacrifice in the climax of the War of the Elipse.
Three months later Zehn, a renowned elite mercenary in the employ of Faltainyr Demura’s king pursues the dual-wielding wily young pirate captain Larkh Savaldor through the streets of Senfirth on the Coast of Eresta.  Zehn’s hatred of pirates and criminals in general is further fuelled by the extent of Larkh’s skills and cunning, particularly when faced with his elite class warship, Greshendier. 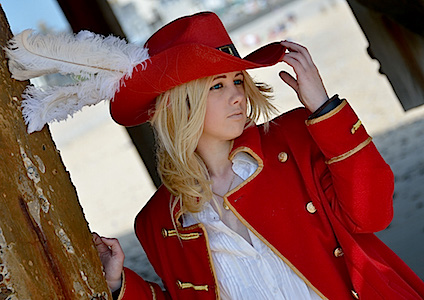 Me cosplaying as my own character, Larkh Savaldor. Photos © Paul Jacques, 2014.

.
Meanwhile the lofty and enigmatic Melkhar, one of the seven Kaesan’Drahknyr, escorts a mysterious young woman by the name of Arcaydia into the country of Faltainyr Demura on the continent of Armaran, intent on leaving her with a suitable training master on her way to take care of a demonic problem originating from Phandaerys, the inverted counterpart of Aevnatureis – Aeldynn’s crystalline support structure – in the depths of the extinct volcano known as Mt. Dorne.  But all is far from right with the world, and plans do not always go according to their original design.

You can see my cosplay gallery HERE

20 thoughts on “#Read about Guest #Author Melissa A. Joy”