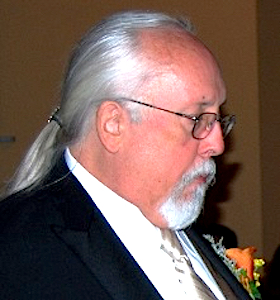 I always wanted to be a writer, from the time in second grade when my teacher sent a short story I wrote to Scholastic. My first rejection letter. I read a lot—sometimes, but not as much as writers are supposed to do. The summer of my 16th year, after my mother passed away, I read 75 science fiction books. An escape, a healing time. I joined the creative writing club in school, writing things that as I look back at them now, were written reasonably well, with short declarative sentences and few complex or compound paragraphs with multiple dependent clauses that legal writing brought about. It took some time after law school to be able to write normally again. Working in local government didn’t help either, with the need to write analytical reports with recommendations to the local governing body. I did, however, also write readable consumer education guides and brochures for a time.

A full time job, a house, a family and outside activities left no time for the childhood dream of writing fiction. That came in retirement, entering the “Third Age,” gave me the time to spend. Before getting to the fiction I had to write the memoir. Originally it would be an antiwar screed, coming from a year spent in what former U.S. Senator and Vice President Hubert Humphrey called “our great adventure”—the Vietnam War. An adventure it was not. A loss of innocence and a shattering of illusions it was. By the time the book began, a few decades after the experience, the antiwar elements were still there but it had now become something much more. It’s a story about refreshing the ideals, finding new hope and a purpose to replace the innocence that could never return and the illusions that were misplaced anyway. 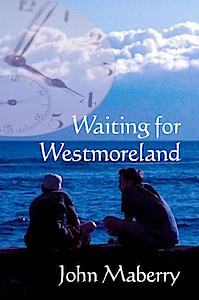 Agents were not falling at my feet to sell my book to publishers. So I went my own way, grabbing the domain name Eagle Peak Press (Eagle Peak is a reference to the Buddhist place of enlightenment—too much to explain here), and the same name for my publishing company to put on the cover and printed it via a POD publisher, Lulu.com. Waiting for Westmoreland came out in print in September, 2007. The eBooks came later—there were not a lot of them out there then anyway.

We relocated from the hot, humid and very crowded DC Megalopolis (Northern Virginia, actually) to the dry and more temperate clime of southwestern New Mexico in 2011. From a six million population metropolitan area to a 12,000 population small town—a wonderful change. No traffic, peace and quiet and all the ambience a writer could ask for. It’s not really all brown; cactus flowers, agave blooms and flowering shrubs and weeds that don’t exist back east. We even have a dog again. Everybody has dogs here. They bring them into stores with them (on a leash). We all have pickup trucks. It’s a cultural imperative; everyone residing in the Southwest must have at least one pickup per household.

That’s me then, on R & R in Hawaii, 1967 and now, relaxing with my friend Larry and me at the daughter’s wedding in 2013. I never wear ties anymore, except for weddings and funerals. 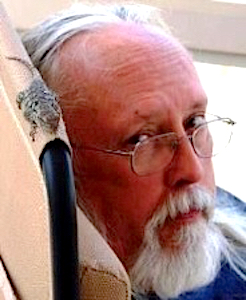 Writing is fun. I love writing. Blogging, social media. Short stories, essays, humor, satire. But it’s novels I want to write. Sci-fi, mysteries/crime fiction and maybe more. Some say a writer should focus on one genre. I can’t do it. My tastes are too eclectic. In my blog, Views from Eagle Peak, I do:

Maybe I’ll write a humorous financial advice book. Maybe a satire of reality TV, if that is even possible to satirize. If I hurry, before the vampire craze is entirely gone, maybe a semi-funny story (not likely enough there to carry a novel) about a vampire unable to digest blood—in order to survive he must take a pill called something like heme-aid.

So, where can you get Waiting for Westmoreland? Here’s some of the place. Almost any other online bookseller will have it and most brick and mortar stores will order it for store pickup. The lowest prices in America are at Lulu.

Want to see more of what I am writing now? Or see what I am reading or recommend? What I am up to on social media? Go to these other sites: