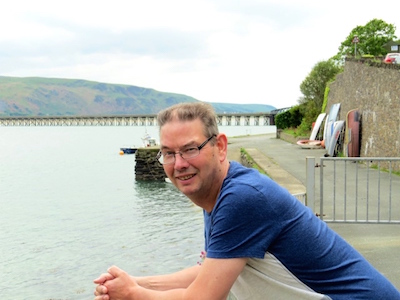 Way back in the 80’s I had a serious leg injury and couldn’t walk for almost a year.

The result of this meant I Iost my job, was forced to sell my house and move my wife and two young daughters to another part of the UK.

It was a tough time for us all. I looked at jobs I could do that didn’t involve being on my feet; from watch and clock repairs to writing.

I started writing and sending off articles initially and after several months had articles published in a national UK magazine. Those articles were about the history of the Stock Market and the history of Gold.

My first published short story was called ‘Many Thanks’ and was about a couple who woke up to find their car stolen. It was returned later that day with an apology from the thief who left two tickets to a show and a note saying ‘ Many Thanks’.

The couple decided to use the tickets and went to the show. When they came home the thief had burgled their house! There were a few emotional situations in this story but the final emotions from the couple were not upset; they laughed, hugged each other for the first time in a good while, and saw the funny side.

For me, that’s what life is all about; love, laughter, live life! All the ‘L’s’! 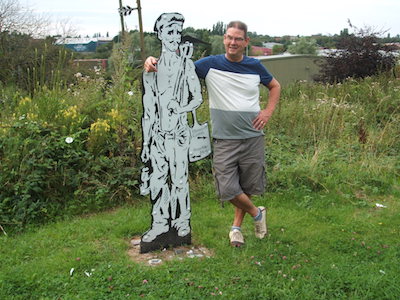 This injury was not my first; in fact I almost died in a car crash when I was 19 years of age.

I had a Near Death Experience which was later printed in one of the biggest research studies into NDE in the UK.

In 1988 I wrote a comedy screenplay for adults and was asked to visit Pinewood Studios and talk with a director there, but this didn’t come to anything.

My first children’s book took around 12 years before being accepted by traditional publishers. In those days you had to send to one publisher only and wait, so a story might only go to two publishers a year! I also believe I was the first one to start sending a postcard with the scripts so that the publisher could say ‘Yes, we have received your script’. Six months is a long time to wait if they hadn’t received it!

I placed this writing tip about the postcard in magazines back in the 80’s.

The book was published and Naughty Nigel Runs Away was a popular book in schools throughout the UK and in other countries around the world.

Other children’s books were traditionally published in the 90’s but by then I was working full-time and so writing wasn’t the main thing for me anymore, although I was frustrated at not being able to continue.

The ideas of characters and plots never really go away, even when you’re working at something other than writing, so I started jotting down my thoughts and then started writing whenever I had chance. 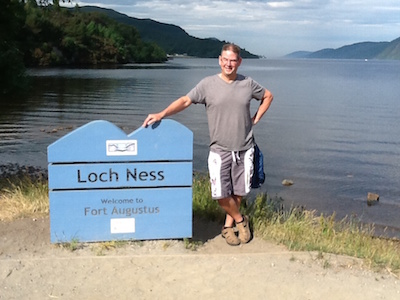 Since 2010 I’ve self-published several children’s books. I think I’m enjoying it more now because I have three fantastic grandchildren – with a set of twins arriving shortly to make it five! I can tell whether or not a story is exciting from their reactions.

The first was a fantasy/magical book called Peter Challenge – Time Surfer. Peter gets transported to another time and world to help a Princess free her father who has been held captive by her evil uncle. Peter realises he can surf time whenever and wherever he likes. 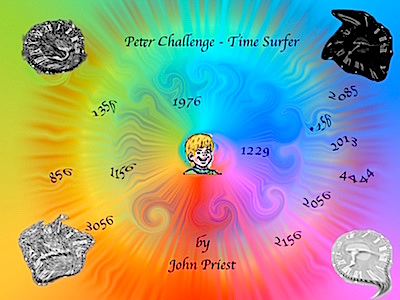 Their first whodunit is titled ‘The Boomerang Mystery’. 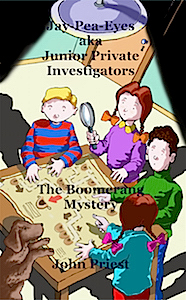 The second in the series is called, ‘The Curse of Sea Shell Cave’. 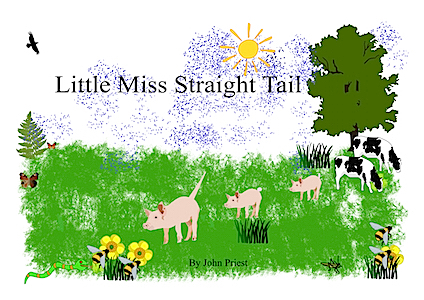 Little Miss Straight Tail is a bedtime story all about farm animals and friendship.

Miss Straight Tail is a piglet born with a straight tail. Will it ever be curly? You’ll have to read the book! 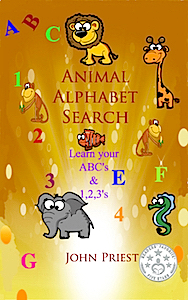 My latest book is called Animal Alphabet Search – Learn your ABC’s & 1,2,3’s. The book contains animals which have the letters hidden in their bodies. the children have to find them and count them, checking their answers at the back of the book.

I’ve had a few 5 star reviews which is nice but I’d like more!

I have several other books that will be available shortly but I would really like volunteers to read them and give me their honest and constructive feedback. Anyone interested can go to my website and leave a message. All volunteers will receive a free e-copy of any book they would like to read and review.

I have also recently completed an adult’s Sci-fi thriller screenplay which is available if any agents are looking in!

Where you can find me: