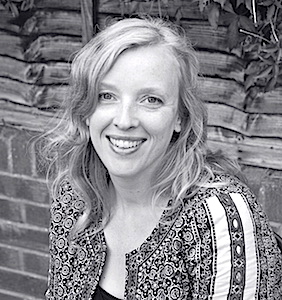 Hi there. My name is Helen Jones and I’m a writer. Or an author. Or both, probably. Um, so I suppose I should tell you a little about myself.

The first thing is that I write pretty much every day. I’ve been working as a writer for the past ten years, writing copy and articles and interviews and advertorials for different clients. It’s work I enjoy – I can do it from home, it’s creative (most of the time) and the hours suit the fact that I have a school-age child. I also have my own blog, and contribute the occasional guest post to the Bloomsbury Writers & Artists website.

I live in Hertfordshire now, but I’ve lived in a lot of places – in fact, I worked out the other day that I’ve moved 24 times in my life – that’s more than once every two years. I started life in the UK, then went to Canada where I lived near the Great Lakes before moving to Vancouver. Love then found me and took me to Australia; I lived there for nearly two decades (after saying I was only going for a year). A few years ago I came back to the UK, family in tow, and I’m very happy to be here again.

The mountains feel like home to me. I’ve never been much of a one for the beach – fair Celtic colouring and a fear of deep water make it a place I enjoy visiting, yet am happy to leave behind. Though, having lived for so long in sight of water, I do miss it when it’s not around. I suppose if I lived on a mountain in sight of the sea, that would be just about perfect.

The thought of finding magic in ordinary places is one that I love, the idea that just stepping off the path could take you somewhere unexpected. It’s part of what inspires my writing, the idea of inserting magic into our everyday lives.

I’m not so good at writing these profiles, but then I’m quite shy at parties too.

But I have written a book. Several, in fact. I’d had an idea running around in my head for a while, the starting point based on something that happened to me as a child. I’d been making notes and writing the occasional paragraph or two, but moving from Australia to the UK and getting settled kind of got in the way of actually sitting down and writing anything meaningful. Then all at once we were settled and, one snowy day in January, I sat down and started to write about Ambeth. And the story just poured out of me.

The first book in the series, Oak and Mist, has just been published. I decided to go down the self-publishing route – something about it appealing to the control freak in me. It was important to me that the book be available as a paperback, so I published through CreateSpace as well as Kindle and, so far, paperback sales are outweighing Kindle sales by about three to one.

So what’s the book about, you ask?

‘The end of everything? Great, no pressure then.’

Oak And Mist is the story of a girl called Alma, who sees a strange event in a lost valley. Other than that, her life is pretty ordinary. She has parents and two younger brothers, a best friend called Sara and a rather nice bracelet, gift from her mother on her fifteenth birthday. The only downside is dealing with a bully at school.

But then bullying turns to violence. During a fight, Alma is pushed between two trees at a local park and disappears. She reappears in a place called Ambeth and finds they’ve been expecting her. Ambeth is a beautiful place – green woods and growing gardens, a palace of stone by a blue sparkling sea. And everyone is extremely good looking. But looks are no indication of nature – Dark and Light inhabit Ambeth, and both sides are looking for a lost sword. Alma, it turns out, is the one who is destined to find it for them. All she has to do is choose…

But with both Light and Dark competing for her allegiance, how is she supposed to make that choice? Her new friend Caleb is loyal to the Light, but she is also drawn to Deryck, Prince of the Dark. And how does the lost valley of her childhood figure into it all? And where is she supposed to find this Sword, anyway? Time twisting and travelling between worlds is hard enough, without homework as well.

When I was a child I did find a strange valley and hear a scream – it scared my friends and me so much we ran away as fast as we could, never going back to find out what it was. To be honest, I couldn’t tell you where the valley is – I’d never seen it before and never saw it again. But the incident stayed with me and was the starting point for this story, though I can’t say I saw a silver light or any dark shapes under the trees.

Oak and Mist is the first part of The Ambeth Chronicles, which will be a series of six books. I’ve written the first four, with five and six close to completion. I know how the story ends – I just have to get there. Hope you come along with me too.

I guest blog on Writers and Artists

Oak and Mist is available on as a paperback or Kindle version at: