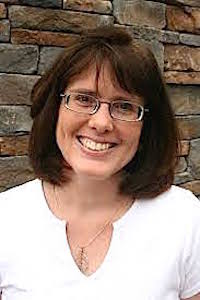 Allow Me to introduce myself, my name is Amy M. Reade. I am a cook, chauffeur, household CEO, doctor, laundress, maid, psychiatrist, warden, seer, teacher, and pet whisperer. In other words, I am a wife and mother. And former practicing attorney.

But I also write (how could I not be a writer, with a last name like that?). And I read (ditto). And those are the things I’m here to tell you about.

What is does mean is that a writer must love to read. A writer must find the written word fascinating and lovely, and painful, and inspiring, and provocative, and ludicrous, and all the other feelings that words can evoke. I would read all the time if I could, but instead I only get a short time before bed every night to open the book I’m currently reading. I also take books in the car with me in case I have to wait for one of my children during one of the aforementioned chauffer runs. I always have a book with me when I go to an appointment, just in case I’m kept waiting and I have a few extra minutes to escape into a world created by someone else.

I recently wrote a blog post for my own blog that named the ten books I would want with me if I were ever stranded on a deserted island. They were, in order:

Most of the books on the list are fiction, though #4 and #7 are sort of memoirs. I had a hard time coming up with only ten books, believe me, but I forced myself. I would argue that most writers/readers would have the same trouble.

In the comments below, I’d love to hear about the books you’d take with you to a deserted island.

So now you know about some of the books I love to read. But as I mentioned above, I’m also a writer. My journey to the publication of my first novel began with a writing workshop held at a local library. With three young children at home, I signed up for the workshop simply to get a night out. It didn’t take long for the writing bug to bite, though, and pretty soon I was coming up with ideas and plot lines…fast-forward to today, and I can’t imagine loving any job more than I love writing. 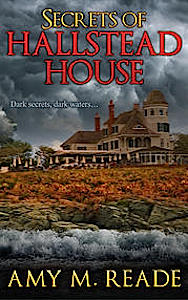 I am the author of two books of romantic suspense, both published by Kensington. The first, Secrets of Hallstead House, was released in July, 2014. It is the story of a young woman who leaves her home in Manhattan following personal heartbreak and takes a job as a private nurse to an elderly woman in the Thousand Islands of New York State. But she finds secrets there-secrets that reach into her past and into her future, secrets that someone wishes to keep hidden. 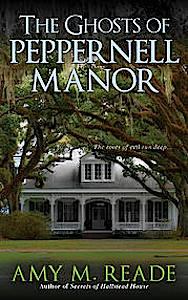 The second book, The Ghosts of Peppernell Manor, will be released on April 28, 2015 (that means my “Book Birthday” is coming up—a very exciting thing!), and is the story of Carleigh Warner, a recently-divorced restoration specialist who moves to an antebellum plantation outside Charleston, South Carolina, to begin work on restoring the old manor to its former glory. But Carleigh quickly learns that there are underlying tensions which threaten to tear apart the family that owns the manor, and she is swept into an eddy of fear and violence that promises to leave no one untouched.

I’m currently working on a third book, another novel of romantic suspense, this one set on the Big Island of Hawaii and featuring a personal chef (and thereby melding my two greatest passions—Hawaii and food!).

I invite you to visit me online in any or all of the following places:

The Ghosts of Peppernell Manor