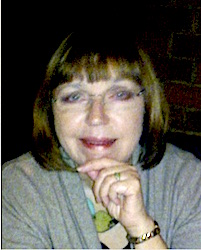 My name is Cheryl Hornung, and “PEACE, HIPPO! and Other ENDANGERED ANIMALS Too” is my first children’s book. I felt that I needed to do something useful after watching a moving TV documentary on endangered animals. Since I already had a children’s website, I decided that a story would be a good way to begin.

When the website page was finished, I realized that I probably had enough material to turn it into a children’s book, but how? It has been–– and continues to be––a learning experience. Discussion groups on LinkedIn have been a help, but there are times when I tune them out because I have no idea what they are discussing! My message to myself at such times is, “Calm down, you’ll learn it as needed!”

Early last year, I sent a few manuscripts to a handful of agents and was quickly rejected due to an overwhelming abundance of naiveté. I really did not know what I was doing! I did, however, receive one nice response. And, although, the agent did not think it was right for him, he thought that my idea sounded cute and wonderful. It was the glimmer of hope that I needed to continue with my project.

Around the same time, I met an author on FB, who opened my mind to self-publishing, and after much consideration, I decided to try it.

I have not always been a writer. Oh, I have written the occasional post-it note from time to time, but I am a trained singer with a Bachelor of Music degree in music education. I enjoy reading, and I am involved with two book clubs––as a member of one and as a presenter in the other.

I live with my husband in Germany, and enjoy traveling, which is what led to the creation of my website, ifuwerehere.com. I was eager to share my travel experiences with my grandchildren back in the States, but I found it nearly impossible to find postcards for children that had anything to do with any famous site. For this reason, I designed my own. My grandchildren are featured on the homepage. In fact, my company name is based on their last names Hecker and Dekker––Heckery Dekkery Dot Travel Game Postcards for Children! 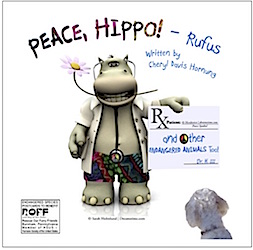 Now, getting back to my book, I am hoping that children will feel empowered when they realize that they need not travel to distant places to make a difference in the world. Local organizations always need volunteers, and backyards are also good places to begin!

The story is told from the animals perspectives, mostly. In that way, it was easier to present the sadness of the subject matter without being scary.

My little dog Rufus plays a traveling reporter who is interested in knowing more about some of the animals on the endangered species list. He heard people talking about them on TV, and it bothered him, as it did me! It is the perfect role for Rufus because he is a Havanese, and the Havanese were nearly extinct as a result of the Cuban revolution. Rufus mentions that in the book. He knows from firsthand stories how people can make a difference! “Ruff! Enough!” Now, Rufus is on a mission. His assignment takes him to Africa where he meets Peace Hippo, who becomes Rufus’s traveling companion to China and then to India before returning to Africa. Rufus learns a lot from some of the animals already on that “awful” endangered animals’ list. And, he would be happy to share it with you.

Although it is mostly a children’s book, I have been told that there is something of value for all ages. I hope that it helps in some way.