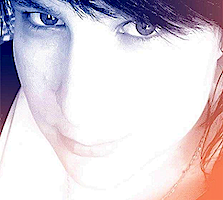 My name is Janelle Clay, for now at least.  I’m a domestic violence survivor and mother of three shuffling through the end of divorce.  As an upcoming author, my pen name reverts to my maiden name.  You might see me as J. Minerva Davis. I finally got a publishing deal that didn’t involve selling my soul or kidney to someone.  I’m a lover of fantasy, and my first book being published through Wolf Paw Publications (an amazing, respectful indie publisher) is the beginning of a new epic fantasy series targeted at YA and up.  I’ve got a lifetime worth of stories to tell involving the world involved in the tale.  I also have other writing interests, including the modern yet greek god themed Godsblood, the comic style oriented Wraith, the non-fiction cross-cultural anthropology world religion study I’ve tapped at, and eventually an auto-biography of the odyssey I’ve conquered to survive recently.  Pending some success and followers, I would love to engage readers for generations across all fields and genres.

Eyes of Gold, the current series published September 17th, started as a childish dream in the seventh grade.  I constantly improved and renovated the idea as I grew older, and my love and heart fell deeply into the world that had almost written itself out.  It served as my sanity through my darkest hours, and eventually became something I developed to tell my oldest daughter as she aged.

I ventured through various independent publishing agents, but my financially abused state barred me from investing the money involved.  As I browsed my feed one night I stumbled across the wonderful publisher who took me up free of charge with amazing rights and royalties: Wolf Paw Publications.  They’re an amazing publisher that any upcoming author should check out.

My hobbies outside of writing largely center around my family, so I’m not sure if they could be called hobbies.  I’m either writing, dreaming or loving.  On a side, I do what could be called crisis counseling.  I’m not in any official groups but after surviving homelessness in the streets during pregnancy I’ve come to understand a great deal of resources I’ve found to benefit large groups of people.  You can always hit me up. 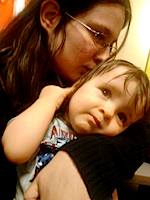