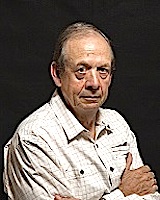 First of all thank you Chris for allowing me the opportunity to talk about a subject which I have some familiarity, but not full understanding. I am, of course, referring to me. A basic introduction of who John W. Howell really is needs to start in Detroit Michigan. This is where I was born and yes continued to live there until my first job took me to another part of the state. Being as old as I am now has caused the childhood memories to be a bit fuzzy and I guess the first defining moment of my young life came when I was told my father had gone to heaven. I was ten years old and didn’t have a good idea of where heaven was or how I could visit him there. I soon became aware that what the family was trying to say is I would never see my father again. Prior to that moment I was like any other kid. You know the routine, play outside until the porch light came on, ride a bike with a matchbook clothes pinned to make a noise as the spokes hit it, go to the corner store for ice cream or candy, dig holes in the vacant lot and play soldiers, play kick the can with about twenty others on your block, annoy the girls with squirt guns and pea shooters. After that moment life became pretty serious.

My dad had been a naval aviator during World War II and was gone a good deal of the time until I was six years old. He was a police detective when he got out of the navy and also worked quite a bit. When my dad was home though he had a way to make the world a wonderful place. He was an engineer and could explain how anything worked. I remember looking at his toothbrush after he was gone. I still carry the thought I had at the time. I still wonder if you need to brush your teeth in heaven.

As I said life became serious and from the time I was eleven until two years ago I worked every day. At eleven, I got a paper route and delivered The Detroit News seven days a week. During this time, my mom went to work and I remember her salary was about twice as much as my paper route earnings. All in all we made ends meet

I was lucky enough to go on to college and by hook or crook graduated with a degree in social science. Yes, then like now social science was one of those non-technical degrees which could lead to anything. Where it lead me was into the business world. A fast forward of forty plus years finds me retired from organized commerce and a writer.

I always wanted to write. I tried to write a book while I was working and once it was finished, I printed it off so that I could edit it while traveling. It was a weighty tome and unfortunately it stunk. Today it is useful holding the laundry room door open. I decided to wait until I could devote myself full-time to writing. My last child graduated from college in December of 2011 and I retired in April 2012

Since that time, I have been writing non-stop and have published a fiction thriller titled My GRL. The story is about a guy named John J. Cannon who decides to become a fishing charter captain and buys a boat. He doesn’t know it, but the boat has been targeted by a terrorist group to be used to blow up the Annapolis Midshipmen on their summer cruise. My character’s first inkling of a problem is when he finds out in the hospital he was found unconscious next to the body of a girl who sold him a boat in the first place.

The inspiration for the story came as my sister and I were touring the aircraft carrier Lexington. I mentioned before our dad was a naval aviator and he served on the Lexington. She is now berthed in Corpus Christi near my home on Mustang Island and I thought as I was standing on the massive flight deck that this boat had no protection from anyone who would want to destroy her. This thought led me to develop a plan to destroy the Lexington and also plan on how to prevent it. The story naturally flowed from there.

Once finished I began to query agents to see if I could find representation. Of the few that answered my query all said my story wasn’t in the scope of what they were working on. I then did some research of publishers who would accept un-agented work and started the query process again. The first query found a favorable response at Martin Sister’s publishing and we signed a contract in March of 2013. It took until December for the paper edition to be published and the kindle version in January of 2014.

I have finished the next book and submitted it to the publisher. The working title is His Revenge and is the second part of what will be a trilogy. This edition places John Cannon in the bad position of being the target of the terrorist leader’s desire for revenge for interfering with his plot to murder the Annapolis Midshipmen.

I live on a barrier island off the coast of Texas in the Gulf of Mexico. We have about four thousand full time residents in our town. We call ourselves a drinking village with a fishing problem. I live with my wife and our rescue pets. I wish I could say I have some really interesting hobbies, but it seems for the last two years all I have managed to do is write which is something I do every day.

Again, thank you Chris for this opportunity and if you are interested you can find me in the following places: