I started writing books on a dare from one of my sons. He is author Michael Phillip Cash and he made me sit down and write a story about a game I play with my grandson and Captain No Beard was born. 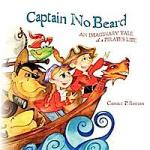 I am a former social studies teacher and decided to write a non fiction series about cultures all around the world. If You Were Me and Lived in… had garnered upwards of 15 awards. So far I am trying to cover the four corners of the globe with my armchair travels and introduce young children to customs and cultures opening the gateway for learning and discussions. The books have been embraced by children, parents, and educators.

My main interest is my family. I work full time in a global family business that  employs many people.  I am adding more and more books to the series. I love to read and review other people’s books.

Writing for children has opened up a whole second act for me while I was still working in our family business, this has enabled hme to share my sense of humor as well as love for history and culture with the audience I adore.

I live on Long Island with my husband and near my children. 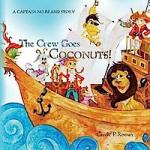 Named to Kirkus Reviews’ Best of 2012 for my first book, “Captain No Beard- An Imaginary Tale of a Pirate’s Life” has not only been named to Kirkus Best of 2012, it received the Star of Remarkable Merit, and won the Pinnacle Award for 2012. “Pepper Parrot’s Problem with Patience” Book 2 in the series, received 5 Stars from The ForeWord Review The Clarion Review. Strangers on the High Seas has won second place in the Rebecca’s Reads Choice Awards 2013. It has followed with six more books to the series. 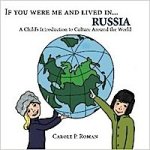 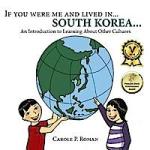 I have also had the pleasure of helping my Grandson, Alexander Luke, publish a book he wrote and illustrated himself at 5 years old, I’m so proud to present Whaley’s Big Adventure:

Motivated by my love of yoga, I wrote a book that not only teaches four poses, but shows how easy and accessible yoga can be. It’s name? “I Want to do Yoga Too”