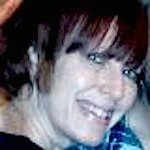 My path to publishing has been as unconventional as the subject of my first book and right in line with my life’s journey. Simply put, my life has followed a rather convoluted path fraught with challenges. Adversity, however, has proven to be a blessing from which to draw both empathy and insight to heal others with my words.

My initial decision to start writing the book, It Happened in a Lutheran Church – A Sacrificial Lamb, was a purely reactionary one at first. My goal was to vindicate my son, who at the age of just ten years old, was accused of a heinous crime against another child in our church congregation.

However, as time went on, the process evolved into a catharsis, and ultimately forgiveness.

I had no clue, however, how I was going to get it published.

I had been battling a long list of health issues for years, unable to continue working outside the home shortly after the event chronicled in my book began.

My husband was also unemployed, as he had been undergoing treatment for cancer during the time the incident in the book took place. He became permanently disabled in 2007.

When folks inquired as to how I was going to publish the book, I found myself saying, “I don’t know. The Lord will make a way.”

In the meantime, I pounded the proverbial pavement in cyberspace. A writer friend was publishing online commentary for Realitytvcalendar.com, and I began reading her articles. When they were looking for someone to cover Hell’s Kitchen, I decided to give it a try.

I was grateful for the opportunity to challenge myself in a completely different genre, to have someone who doesn’t know me from Adam’s housecat edit my work, and to have my name attached to something I had written published on the internet.

And while I hoped I could begin building a resume as a “real writer” by accepting the challenge, little did I realize what a pivotal role this decision was going to play in my path to publishing my first book.

In December of 2012, I submitted an article to a contest sponsored by Xulon Press, a Christian publishing company. I had written about an event that had taken place at our son’s bedside after a long, tedious surgery he endured when he was just seven years old.

My son, now a young man, paid the fee for my Christmas gift that year.

A few weeks later, I was reading a congratulatory email. I had won the grand prize, a full publishing package!

Everything was covered up until it was time for the edit. It was recommended I get what they deemed a “light edit”, but even that cost $400. I didn’t have 400 extra cents, let alone 400 dollars, so I took it to the Lord in prayer.

I felt Him nudging me to ask my editor at Reality TV Calendar for help, but I kept fighting the idea, thinking he wouldn’t be interested in that particular genre.

After all, Reality TV Calendar is the internet’s largest and most read online reality TV magazine. My editor devotes hour after hour each week to reading and editing snarky commentary, not Christian narratives.

After two weeks went by without finding anyone else, however, I gave in to the nudging and asked him.

He agreed to read the first chapter without any promises. Fair enough.

I received an email from him the next day asking me to send him chapters two and three. The day after that, I received another email that read, “I really didn’t think I would like this, but I’m hooked. Send me the rest!”

That was the day I learned to listen to my instincts, because that is when God speaks.

After the book was released, I started getting emails from readers who said that my book was a catharsis for them as well.

Some of them were struggling with similar feelings of judgment and shunning within their church congregations just as my son and I had. Others found that the breakdown in communication that took place paralleled various situations in their own lives well enough that they were able to relate equally as well.

Many found the courage to make decisions they were struggling with for a long time.

A retired Christian minister wrote a five-star review of my book that had a profound effect on me when he revealed that the suffering my child and I experienced at the hands of our fellow parishioners was not an isolated experience, but rather an ongoing problem in churches all across America.

He highly recommended that everyone read it.

I realized that I had the potential to help others in many other difficult situations, as well, via my own experience. I started a weekly blog last fall entitled, ‘The Controversial Christian’, where I write about life experiences that inspire me.

Often times, the subject matter is born of adversity. Recently, I added another column on the site, ‘Worthy Causes’, where I showcase different organizations or everyday people helping other people.

While spending time with family and friends is the most cherished part of my life, my interests are vast and I see potential faith stories all around me. Words continuously stream though my head in a ticker tape like fashion.

I enjoy creating gift baskets for local charities, gardening, candle making, learning new crafts and creating new recipes, the latter being very important right now, since I have recently learned that I must maintain a 100% gluten free diet.

As a PA Dutch cook and baker, I have many recipes to experiment with and convert in the months and years to come.

In the new crafts department, I have an idea for a jewelry line I hope to start working on this fall. The name will reflect a key component of each piece and will speak for the special bond between mothers and daughters everywhere.

Ultimately, my goal is to carry with me what has made me wiser and stronger, use it to gain greater understanding of what goes on around me, and share it with others to help them find their own serenity.

And every time I feel that understanding take place or receive a letter of hope from a reader, it is yet another new beginning, a refinement of my soul.

Life is a gift that I can’t wait to open every single morning and share it with as many other people as I can!

Where I can be found online:

Please read the Review by Bruce Posten below:

Rebecca L. Moatz of Reading had her own introspective faith journey on the road to understanding and forgiveness, but her trip was sparked by confrontation and strife within a church.

Moatz, 51, has written a book, “It Happened in a Lutheran Church: A Sacrificial Lamb” ; Xulon Press, the world’s largest Christian self-publisher), that tells the story of how a personal confrontation with another parishioner over an accusation against her son led to months of conflict.

The conflict ultimately ended with her family leaving the church.

“Churches are hospitals for sinners, and not museums for saints,” said Moatz, a freelance writer whose ill health with fibromyalgia and exacerbation of rheumatic heart disease required her to leave full-time employment. “We are all sinners.”

She hopes her book will inspire people to embrace confrontation within a congregation and be ever mindful of keeping lines of communication open with all involved parties.

“I would like to see readers gain courage, hope and serenity; the courage to sit down and talk to one another when problems arise, the hope that comes from reading a story that in some way reflect one’s own personal struggles, and the serenity received by turning it all over to God at the end of the day,” she said.

An incident occurred at the city church in 2001 when her 10-year-old son was playing rambunctiously in the church with other children.

She said the children were playing a superhero game, boys pretending to rescue girls, and her son jumped off a table and landed on top of a female child. They bumped foreheads.

Moatz wrote that her son began tickling the girl to make her laugh and feel better, but the girl’s mother appearing on the scene perceived the situation differently and began yelling at him.

Moatz said her son immediately came to her to give her his version of the event.

From that incident, however, tensions and anger built and suspicions grew. Moatz felt the seeds of alienation and being ostracized grow against her and her son within the church.

Moatz admitted not dealing directly with a verbal attack and not communicating with the other children, parents and pastor as soon as possible after the incident, which allowed issues to fester.

“A minister who wrote a review of my book on amazon.com suggested that what happened to us is more common than what many people realize,” Moatz said.

She said the word “pious” is how she would describe those who sit in quick judgment and scrutinize the actions of their fellow parishioners.

She pointed to another Florida minister who has pro-actively tried to help his parishioners to avoid falling into the pious trap by initiating individual growth programs and hospitality and outreach efforts to others.

“Perhaps making such humbling experiences a mandatory part of membership is the solution to what I am now referring to as the pious problem,” she said.

Whether or not that’s the case, Moatz felt that writing her book on behalf of her child, and with his permission, led to her own catharsis and put her own a path toward forgiveness.

“It Happened in a Lutheran Church” is available online through xulonpress.com, amazon.com and barnesandnoble.com.