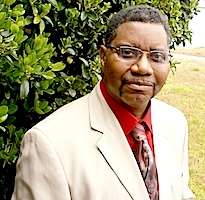 A native New Yorker, born and raised in the Bronx, I spent my adolescence years in Fort Apache, the South Bronx 41st precinct during the 60’s. Raised on blues, soul, and rock and roll gave me the heart of a flower child. Educated by the turmoil of Vietnam, Civil Rights, and the Sexual Revolution turned me into a gladiator. Realizing the precariousness of life gave me an adventurous outlook to try anything once, and if it did not kill me, maybe twice.

12 years of Catholic education and a couple of years in college spread between wild drug induce euphoric years, which did not kill me, gave me an unique moral compass that swings in any direction it wants. A scientific mind and a spirit that nothing is impossible if you want it bad enough guides my writings. I enjoy traveling to new places and seeing what life has to offer.

I began writing short stories and poetry back in my early years. In my twenties I moved on to novels, but I fell out of love with the whole publishing industry. I worked in the financial industry as a processing clerk and later got a degree in computer programming, my other love. I have a successful career as a software engineer designing, developing and maintaining systems for the government and the private sector. I been programming for nearly forty years in various languages.

With the advantages provided by the expanding and growing self publishing business (print on demand over vanity publishing) and the explosion of social media/internet as a viable means of advertising I have returned to my first love, unleashing the characters in my head. Actually I never stopped writing, now that the kids are grown and my wife realizes that I have little other interest outside the bedroom, and I’m still a hopeless insomniac, I am free to pound out plots. Killer With A Heart is the first in a series for Bulletproof Morris ‘Mojo’ Johnson.

I enjoy writing crime stories and science fiction, with a slant on the dark side of life. Pegasus: A Journey To New Eden answers the question my wife asked me some years ago, “How do I feel about nuclear war?” I told her I was all for it as long as we find someplace else to live. My science fiction deals with the emotional effects of technology. Thirty years ago when a single computer filled an entire room and I was writing games on a monochrome screen I knew two things were certain. Computer games would be big and computers for all the good they can do would put a lot of people out of work.
Married with six kids, eleven grandchildren keeps me on the go and I now live in Virginia Beach.

Why I wrote the book: I wrote this book over thirty years ago when the USA and Soviet Union were talking about nuclear weapons reduction. My wife asked me what I thought about the possibility of nuclear war. I joked I was all for it as long as we had someplace else to live. From that conversation I spun what my vision of the near future would be, considering the path we were on.

What I did to get published: I tried the usual method of sending out the manuscript to agents and publishers. They all told me the manuscript was interesting but not right for them at this time (translation to far fetch for their taste). Then I shelved the project until self publication became a viable option. Some of what I wrote about has come to pass, global corporations, multi-national space exploration, permanent manned space stations, and let’s not forget global terrorism.

Interest/Hobbies: I am very interested in all the sciences and how they effect mankind. I am a software engineer and have worked in the government and private sectors. My hobbies rang from sail boating, fishing, tennis, skiing, yoga, to name a few.

Zack and Zuri are set to embark on the Pegasus for New Eden, an unknown and unexplored planet four light years from Earth. For Zack four light years isn’t nearly far enough from the madness that has been mankind’s history. For Zuri it is a chance to have the family she so long desired. Pegasus is humanity’s greatest invention, a modern day Noah’s Ark, set to spread civilization to the stars. But Pegasus has secrets which some will do anything to possess, and Zack and Zuri has yet to discover. A journey to New Eden is an emotional roller coaster that will take the pair to the depths of despair, launch them beyond heavenly delights, and into the heart and soul of humanity