Guest Author S.K. Nicholls – From Daydreaming Schoolgirl to Hippie to Nurse to Author.

Thank you Chris, for the invitation to come here into the jungle to tell my story. To aid understanding the passion behind the author and the story that became Red Clay and Roses, and we are all driven by passion, I offer a mini-autobiography.

This dreamy eyed little first grader in 1966 used to get into serious trouble daydreaming in class. There were stories even then, swimming around in her head.

Somehow, she managed to graduate from college and become a registered nurse. Don’t cha just love that hair and that hat? 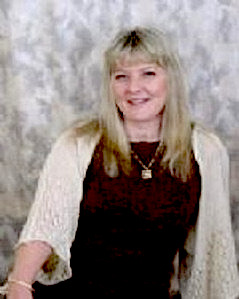 After a thirty year career, she retired. She had a story in her head that became Red Clay and Roses and she became an author.

Here is how that all came about:

<<<<Rewind: When our mother in Georgia had divorced our father in 1967, we left our small town and headed to the city. We three girls became hippie mascots for a group who used to sit outside the coffee shop on Peachtree Street where she sang in Atlanta.

We helped the hippies make signs “Make Love Not War” and “Black Power”, while they braided and put flowers in our hair. We weren’t real clear on what this all meant at that age, but as time went on things became clearer.

Mother died in 1969, the suicidal result of an overdose. We were estranged from our father after living with him a short while, and were then placed into foster care—not a very stable environment—and ultimately lived in an orphanage in the North Georgia Mountains, The Ethel Harpst Home. Though unstable, we lived in a variety of households from all ethnic backgrounds and our foster sisters and brothers, the people we shared living space with at the orphanage, taught us to appreciate all cultures.

That we are all one.

After becoming emancipated at the age of sixteen, she had the pleasure of spending some time on a hippie commune of about forty young people, a seventy five acre pot farm in the middle of the North Georgia Mountains. She won’t deny that drugs were not a part of that culture, but more than that was the sense of peace, belonging, and fellowship that came from people getting along and working together for the same ends. Again, people from all backgrounds shared chores and stories. We made jellies, jams, biscuits, and tended to each other’s children. We were all about BROTHERLY LOVE, SHARING, PEACE, getting along and living off the land. We would go into town, march, protest, and participate in demonstrations for

Disregard the negative connotations associated with being a hippie in the psychedelic seventies, the drugs and the sex, and focus, please, on the positives. This is where values were forged. Many of these values good ones to have.

Following life on the commune, she went to NYC with friends for a few months and had a life altering experience. A stranger on the street, a young woman, literally died in her arms after she had an illegal abortion.

Fast Forward>>>>somewhere between that first grade photograph and that nurse photograph, the dreamy eyed hippie had to decide to conform to society’s norms in order to improve her standard of living. She returned to her small hometown in Georgia, married, and became a yuppie. On a scholarship, she returned to school to become a registered nurse. Nursing offered the opportunity of helping others.

It was here, working as a nurse in this small town, that she was first introduced to the characters in the fictionalized true story that became

That she became me.

Fast Forward Again Thirty Years>>>>following a career in healthcare, divorced and remarried, and you have a retired nurse with time on her hands and stories in her head.  I always loved to write and wrote creative fiction all through high school and college.

There was; however, a story in my head that I had wanted to tell since discovering a ledger in 1992 that shed light on the way life was in the 1950s and 60s. This was a time; perhaps, because it was the time that my own mother came of age, that was most interesting to me.

The ledger had revealed a local chiropractor had an illegal abortion clinic in his basement. Although the good doctor was deceased, I had opportunity to get to know his wife and his handyman.

Many years later, during a trip back to Georgia in 2012, I met with an eighty year old cousin whose life was deeply enmeshed with the people surrounding the good doctor.

I knew I had to tell their story.

Play>>>>Red Clay and Roses is not genre fiction. Based on actual events that were shared with me by the people who lived them, it is a fictionalized true story, or roman à clef (pronounced romanaclay). This is a form of literature that is used to relate scandalous stories that occur in communities without revealing names of those involved.  Meaning, names are changed to protect the innocent, or the guilty.

Also, to protect the authors from liability.

The 1950s & 60s were dynamic times of radical change for many. The sacrifices that ordinary individuals made to promote social progress were incredible.

The novel is not meant to choose sides on controversial issues. It is not preachy. It is the fascinating and important factual story of how things were for people living in the Deep South during this era. With imaginatively creative characters, it sensitively touches on civil rights, interracial relations and women’s issues. I believe exposing the harsh realities of the past leads us to appreciate our present and our future.  The real people who lived these events deserved to have their stories told and that is why I wrote

A fictionalized true story of life in the Deep South during the time of Jim Crow Law, and before Roe vs. Wade. Women were supposed to keep quiet and serve, abortion was illegal, adoption difficult, and racism rampant. The discovery of an old ledger opens a window into the dynamics of the 1950s-60s, when the world was beginning to change. Mystery, rape, murder, and forbidden love meld as the story of the ledger unfolds.

Unspoken secrets are shared between Beatrice, The Good Doctor’s wife, and Moses Grier, their black handyman. The Grier’s daughter, Althea, suffers a tragedy that leaves her family silent and mournful. Her brother, Nathan, a medical student, looks for answers from a community that is deaf, blind, and dumb.

A summer romance between Nathan and Sybil, an independent, high-spirited, white woman, leaves more unresolved. Sybil is torn between living the mundane life of her peers, or a life that involves fastening herself to a taboo relationship. Witness social progress through the eyes of those who lived it!

“Nicholls has a distinct and powerful voice.  Steeped in history this novel deeply penetrates the surface of a complex era providing a rich and full-bodied reading experience.”
~ Sammie Vittoria, Library Media Specialist

“This is no fluffy romance. This book has substance and is storytelling at its finest.”
~ Roseendhar Dasilma, R.N., BSN

“Nicholls’ debut chronicles the trials and tribulations of a group of characters grappling with inequality in the Jim Crow South… Nicholls has a wonderful eye for detail, and she brings the historical settings to life. The interwoven stories– of Sybil’s doomed affair with a young black activist and of the bravery of a physician who risked his life and security to perform illegal abortions—are rich enough to stand alone… Everything else about this novel, from its evocative setting to its detailed storytelling, is engaging and full of potential.”-Kirkus Reviews

Not being mainstream fiction, I decided to self-publish and have had no regrets. I made all the mistakes possible to make with publishing my first book. Self-publishing gave me the control and opportunity I needed to correct those mistakes in a timely manner in order to assure that I had a quality product on the market.

You can find Red Clay and Roses here:

You can find S.K. Nicholls here:

S.K. Nicholls lives with her husband, the rocket scientist, and her two dogs in Orlando, Florida.  She is wife, mother, and grandmother. A lover of history, she tells it as it was, preferring not to sugarcoat the past, even if it means not being politically correct by society’s current standards. Along with writing, she enjoys swimming, gardening in the Florida foliage, trips to the beach, boating and fishing. 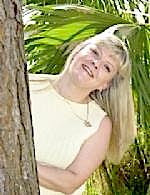 She writes almost every day. Her current work in progress is a story of two sisters during this same era, the 1950s & 60s who suffered manic-depression/bipolar disorder.