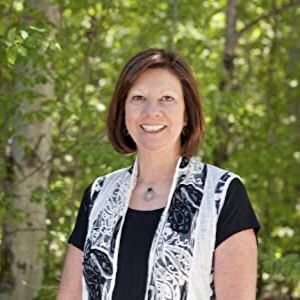 It was a twenty-minute walk from my house to my elementary school, a trek I made six times a day: morning, lunchtime, and afternoon. I was an only child and a solitary sort of kid, and spent the time making up stories in my head. Some of these stories would take me day to complete, others two or three weeks. When I reached “The End,” I’d start another one.

I kept that practice up as an adult commuting from home to work; sometimes it was the only thing that kept me sane during Toronto’s gridlocked traffic. I’m not sure when I first found out that writing stories in your head wasn’t a common practice. I just believed everyone did it.

Unfortunately, none of those stories ended up on paper until 2003, when my local library was offering a 12-week Creative Writing Workshop led by Barry Dempster, an award-winning author and poet. I signed up, terrified and exhilarated at the thought of actually writing down those stories and sharing them with others.

I started to believe I might be able to do it after Barry asked the class to write a short story about a painful teenage memory. That resulted in Cleopatra Slippers, which was subsequently published in THEMA, a New Orleans-based literary publication, in Spring 2005. I can remember reading it out loud, stumbling over the words, and looking up when I finished to find a dozen teary-eyed faces.

I continued to dabble with fiction writing, while developing a decent reputation as a fulltime freelance writer and editor for a variety of newspapers and magazines. I attended more workshops, and completed two online Fiction Writing Certificate programs. In 2012, almost a decade after I’d taken Barry’s workshop, and I won’t say how many decades after elementary school, I started writing The Hanged Man’s Noose, the first book in my Glass Dolphin Mystery series. It took me 18 months to finish it, another year to find a publisher (you can read all about my publishing journey on my website), but in July 2015, a full ten years after my first publication credit in THEMA, Noose was released in trade paperback and all e-book formats. 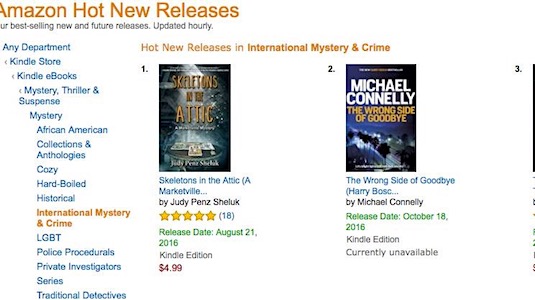 Most writers will tell you that they write book two in a series right away, but I couldn’t bring myself to write a sequel to a book no agent or publisher seemed to want. Instead, I channelled by energy into writing Skeletons in the Attic, the first book in my Marketville Mystery series. That book was first published in August 2016, and I’m happy to say that I have a screenshot from Amazon where Skeletons was number 1 and Michael Connelly was number 2!

Today, I’ve given up most (although not all) of my freelance gigs, though I’m still the Senior Editor for New England Antiques Journal (www.antiquesjournal.com), a job I love, and one that inspires many of the antiques-related themes in my Glass Dolphin series.

It’s been a long road to get here, and it hasn’t always been easy. But I have to think that little girl, trundling her way to school on a snowy winter’s day, would be proud of how far I’ve come. 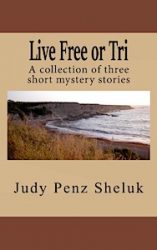 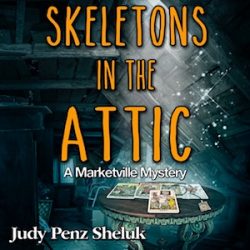 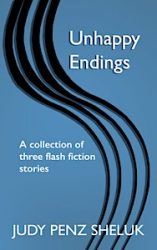