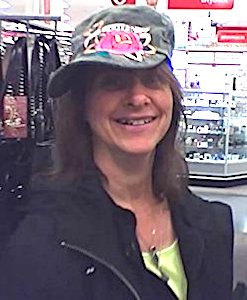 Hi there. I’m Linda, and I’m an author. It’s been a long, straight road since I wrote my first novel during National Novel Writing Month (NaNoWriMo) in 2004. That particular piece of *ahem* literature still hasn’t seen the light of day, mostly because of how much I’ve learned about writing since.

To back up a bit, my writing career began when I was four years old. I remember having one of my parents staple a stack of paper together so I could write a book. They encouraged me to just draw pictures, but I wasn’t having any of that. I wanted to tell a story. Unfortunately for them I could only spell the words “I” and “the” at the time, so I bothered them unceasingly. Since then, I’ve been writing in my head if not on paper or the keyboard. I can’t not do it. It’s a part of me.

After the debacle that ended up being my first NaNoWriMo novel, I went back to college to learn as much as I could about the process of writing and to brush up on my grammar. (I say “brush up” but that turned out to be an understatement. Who knew they don’t teach you everything Grade 6 English?)

I’m happy to be able to say I did improve, except for that one thing I rebelled against as a child: I still have no imagination when it comes to drawing. Even my stick figures seem disappointed in me for the way I draw them. So when it came to cover art for my (two, so far) novels, I should have known better than to argue with a real artist.

When I first approached the lovely Belinda Borradaile to request her expertise in art for the cover of my upcoming book, The Magician’s Curse, I asked her if she just wanted a synopsis or if she wanted to read it.

So I gave it to her, and a few weeks later she came back to me and said she had the perfect thing to draw for the cover. A fetus.

“A fetus?” I asked. To say I was surprised (and more than a little doubtful) is an understatement.

“Ooookay,” I said. “What about a magician?” So I sent her some pictures and we spent the next few months going back and forth on whether to grace the cover with the hero, the heroine, the house, a scene from the book… She drew so many different designs, I can’t begin to count them. She worked tirelessly, yet neither of us were quite satisfied. I’m sure there were times when she was happy with them and I rejected them. It’s a wonder she doesn’t hate me.

After about six months of this back and forth, she came back to the idea of the fetus.

“Really?” I asked. “You really think it would work?” After all, there’s nothing in the description of the book about a baby, though the prologue does kind of allude to it, with the hero of the story still an infant.

“I do. It’ll be a mystery on the cover – make people want to buy it to see what it’s all about.”

“Fine,” I finally agreed. “Draw it and I’ll let you know what I think.” I was still doubtful; I just wanted to be done with it. (You see how this is leftover influence from my childhood, right? Some things never change.)

I truly hate to imagine what must have been going through poor Belinda’s mind as she designed what would eventually be the cover of my book. Probably that I was going to reject it once again. But lo and behold, I loved it!

I suppose there are two morals to this story: trust the instinct of the artist, and listen to your parents when they tell you to draw. Or don’t. You may end up being an author. 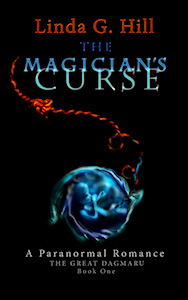 is available for pre-order now!

Have it automatically delivered to your Kindle on June 27th. Kobo is coming soon, and the paperback will be available on the day of publication.

You can find the wonderful and patient artist,

You can find and follow me on social media here: 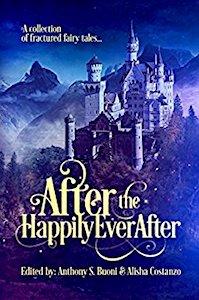