How does one make an introduction when he hates talking about himself? Hm, I know, I’ll tell you what convinced me to give up everything to write. We’ll see how that goes because it’s something only I know.

It started with a Death.

I have a bad memory bordering on terrible, so when events stick in my mind, they’re significant. Peta was there from the start. She still is in one way or another.

One of my first memories of school was the day the headmaster announced during assembly that Peta’s father had died of a brain haemorrhage or something equally terrible. We were to give her space and respect. At six one’s comprehension of such things is sketchy, but we tried.

It was particularly cruel on Peta because she was brilliant. Clever, pretty, talented — she played the flute even then — she was everything I was not. Self-confidence and low self-esteem are something I’ve always struggled with, whether people realised it or not, yet Peta exuded and shared them. She had everything going for her until that day and then had it all taken away.

Despite this she returned to be an ever-present in my school life all the way through high school. She even dated a friend. I liked Peta a lot and I reserve such things for a rare few.

I met Peta in a D.I.Y store a decade later completely out of the blue. She smiled and we talked as though no time had passed at all. She was training to be a journalist and believe me when I say, I Know she’d have gone right to the top. She was following her dreams; I was not. We said our goodbyes, and that was that.

Several years later, when I was in my mid-thirties, Peta’s ex-boyfriend happened into the shop I worked at. In the midst of our discussions he asked if I knew about Peta. I didn’t. He went on to tell me a headache — she suffered with them the same as me — had grown so bad they admitted her to hospital. She died there. I was devastated.

Hearing that news made me reevaluate. I’d lost friends before, but no death had impacted on me like hers. It wasn’t meant to be. It was wrong. She deserved better. How could a butterfly like her lose her life, (just like her father before her,) a potentially spectacular life over?

It finished with a Death.

That was it for me. No more. I would not do what others wanted me to, nor persist in unhappiness: I wanted to write, I was good at it, and didn’t need anyone to tell me. So that’s exactly what I did. I planned and planned and then left. As I’ve said in other posts, I gave up everything and gained much more. At heart, I have Peta to thank and pray that one day I’ll be able to tell her.

So there you go the absolute truth. You’ve probably heard stranger but you won’t hear truer.

Thank you for reading
Richard 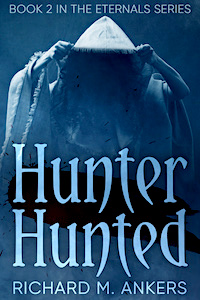