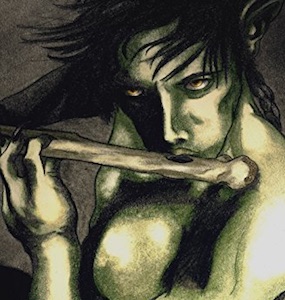 I never set out to write Dark Fantasy. As a lifelong Fantasy genre reader, all I had in mind when I started my goblin series was to create my own Fantasy world. The darker aspects came of their own accord.

This is what happens when a writer gets fully in tune with their muse. Stories go in unexpected directions and worlds form, the details working themselves out as the plot moves along. The experience of creating a world is very similar to that of reading about one, yet that little bit more exciting because the writer has godlike power to form it in whatever direction flows naturally from their own subconscious.

Horror writers and Dark Fantasy writers share some common ground. Both delve into the deeper motivations of human or non-human characters. Both explore the darker aspects of the subconscious and the fears that lurk in its deeper realms. 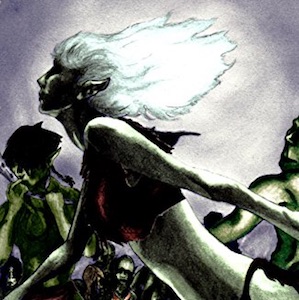 One of the advantages I found to writing goblin characters was that I could explore a primitive mindset, one that lived close to nature and feared only those real dangers that the world might throw at us; monsters bigger than ourselves. Though these monsters in fiction might take form as giant trolls or dragons, the danger is no different than encountering a wild lion in the real world. The monster has teeth and weight behind it. It will eat you.

Naturally, a storyteller will put characters of whatever description into a position to encounter their fears close up. Our nature is defined by what we do. How will a character respond to coming face to face with a dragon, or even a human with a weapon? As in real life, the choices are to run or fight, if there is time to make a choice at all. Running smack into a dragon in an enclosed cavern space comes down to luck. Has it fed recently or are you lunch?

The same prickle on the back of the neck might come in a story about a serial killer. Has the killer satisfied their need to shed blood that night or is the protagonist to be their next victim? This is why Dark Fantasy often occupies the same groups and categories as Horror. Both explore our fears in similar ways. Dark Fantasy is just a little more symbolic about it.

Fantasy readers will generally think of goblins as warlike people who kill humans. In exploring their world, I set out to find out why. Evil is not a mindless force that seeks to destroy with no reason. In my sojourns into the goblin caverns, I learned that goblins had to fight for survival on many levels. Humans were just one threat among several primary dangers, though they are the only one that attacks with malicious intent. 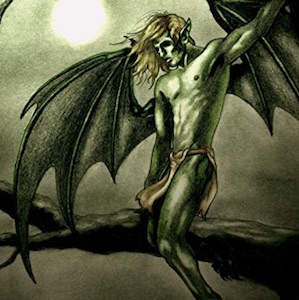 The darkest aspects of my goblin world came from nature. It is the instinct of creatures to feed. Some feed on other creatures. Watch an aquarium with an ill-thought out selection of fish and you’ll see some of the most frightening horrors that nature has to offer. Making a species of goblin that lived in water, mermaid-like beings with psychic abilities, proved to be one of the darkest elements in the goblin world for this reason. Naturally their feeding habits had to be like other water-based creatures, and their teeth are needle-sharp.

As writers, it is valuable to ask ourselves questions about why our characters do the things they do. I had the advantage when I was writing my first goblin book of having a partner who asked me constant questions about their world. How did they see in the caverns? What did they do with their dead? Where did they toilet? What were their mating habits or customs?

These were all important considerations. Most important of all, though, was the same question that every fiction writer must address: Why were they in conflict with the antagonist(s)?

Hate comes in many forms, but even the prejudices of veterans of the ancient goblin wars reacted to the strongest motivation of all; the primal instinct for survival. This is what the darkest fiction comes down to. The killer, the werewolf, the vampire, the alien all respond to this most basic impulse; the instinct to survive. Within any threat to that most basic tenet of our make-up can be found the deepest fears of all. 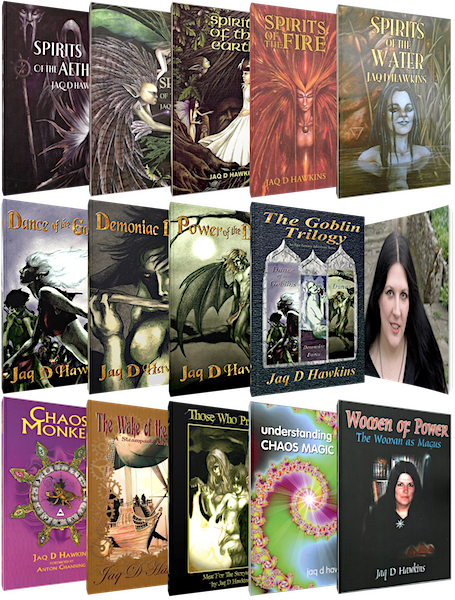