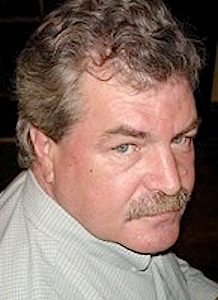 I didn’t have a choice about whether or not to write Rarity from the Hollow, my debut novel. Nobody put a gun to my head, but same as — the psychological need to begin and follow through on the project had become so intense that my physical health was affected. I had difficulty with sleep, frequently awakened in the middle of the night with unresolved recurring dreams of scenes. I had concentration difficulty which affected every daily activity.

Before publication of this novel, I was driving past planned interstate exits because the untold story was in the back of my mind. Fortunately, I didn’t cause any car accidents. I was making technical mistakes at work because the story was intruding. Fortunately, I didn’t get fired….  Rarity from the Hollow demanded to be shared and it gave me little choice but to do so.

If you have an interest, here’s how the benevolent cancer know as creative wring metastasized, invaded my being.

I was born into an impoverished family in West Virginia. My alcoholic and occasionally abusive father suffered from PTSD. He had been captured by the Nazis during WWII and had night terrors. My mother did the best she could, but I had to begin working as a child to feed my family. I started paying into the U. S. Social Security fund at age twelve, dreamed of a brighter future for my family, and have continued work for the next fifty-two years.

In the 8th grade, I won the school’s short story contest. “God Sent” was about a semi truck driver so consumed with theological debate that he caused a terrible accident. As it often does, however, life got in the way my dream of becoming a rich and famous author.

I worked and went to school, never finishing any more stories that I’d started, mostly because I was just too exhausted.

I started college in 1969, and except for a poem published in the state’s student anthology and another poem published in a local alternative newspaper, my creative juices were spent writing handouts for civil rights and anti-war activities, and on class assignments.

I graduated in 1973 with a degree in social work. Afterward, I worked in the field of adolescent substance abuse treatment as I attended graduate school. My creative writing was still on hold — suppressed / repressed.

After earning an MSW in 1977, I focused on children’s advocacy for the next forty years.

My heartfelt need to write fiction was dissipated somewhat by the publication of social service models, grants, research, investigative and statistical reports about children’s programs, child abuse, and delinquency.

In 2002, I started working as a children’s psychotherapist for our local mental health center.

It was an intensive day program and most of the children had experienced some type of trauma, some had been severely sexually abused.

One day at work in 2006, I met a skinny little girl who had a very mean daddy. She sat a few feet away from me around a table used to complete written therapeutic exercises.

Rather than focusing on her victimization, she spoke of dreams – finding a loving family that respected her physically and spiritually.

She inspired me to make my own dream come true, to finally write fiction.

I haven’t stopped writing since I first met her that day during a group therapy session. It had all clicked together.

The Lacy Dawn Adventures Project was born — an empowered female protagonist overwhelming the evil forces that victimize and exploit others to get anything and everything that they want.

While my protagonist is a composite character based on real-life kids that I’ve met over the last forty years as a children’s rights advocate, this girl was especially inspiring.

She was the catalyst that prompted me to address my need to write fiction.

If I hadn’t met Lacy Dawn that day, who knows whether I would even still be breathing because, frankly, until I “pushed the pedal to the metal” I hadn’t gotten a good night’s sleep for years.

The next day after I go home from work, my wife, Rita, named the protagonist Lacy Dawn. Rita explained that because the protagonist’s mother couldn’t afford to buy Lacy Dawn pretty things in life, she wanted to give her a very pretty name at birth.

I recently retired as a children’s psychotherapist for our local mental health center. For the last four months, I‘ve been writing and promoting my fiction, at last.

Three short Lacy Dawn Adventures have been published in magazines, and more have been submitted and are pending consideration. Many more are still in my head and fighting to get out. 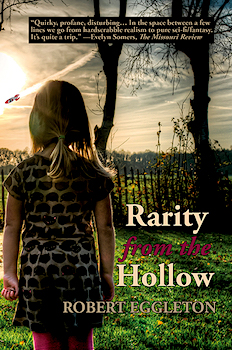 Author proceeds from Rarity from the Hollow have been donated to Children’s Home Society of West Virginia for its child abuse prevention programs.

Since a victim had empowered me to write fiction, I figured that it was the least that I could do to help out if I could – a strategy that has fueled my compulsion to introduce the world to Lacy Dawn.

Rarity from the Hollow was published by a traditional small press in Leeds, a long way from my home in West Virginia, U.S., and someplace that I will likely never afford to visit.

At the time that my novel was ready for professional editing, the publishing industry was in an uproar. Of course, the doors to each of the Five Big Publishers had been chained shut to aspiring authors for decades.

It wasn’t simply a matter of finding an agent to speak to one, the agents knew that the doors were shut and most were also aspiring, looking for that lucky break or to finding the hiding for the forgotten key to the locks. Some aspiring authors at that time had turned to what was called “vanity presses” — the kiss of death.

The eBook technology was pretty new, and a few companies had sprung up as an alternative to paper publishers. Also at that time, eBooks were not considered by many to be “real” books.

I looked for an agent by sending researching cover letters and emailing them. I couldn’t afford postage costs to mail the manuscript, so it wasn’t long before I turned to the new eBook companies as an option.

I found one, Fatcat Press. I did my research beforehand and found that it was owned by the Acquisitions Editor for the University of Michigan’s Ancient History Library. Her name was Ellen. She didn’t charge to read manuscripts, accepted them electronically, and was otherwise a traditional press because she charged no upfront costs and paid royalties. I contacted her and after six months of editing, including symbols in the margins of paper manuscripts that she had paid to mail to me and which I had to look up to understand what they meant, Rarity from the Hollow was published as an eBook. However, eBooks were not yet viable, much less popular. A month later, this eBook company folded, but I was paid a couple hundred dollars, half of which I sent to the nonprofit agency that I mentioned before.

Talk about being discouraged! I felt like I’d not only lost a dream, but that I’d let down the kids who I’d cared about for decades. By 2010, self-publishing has achieved greater respectability. It was no longer considered the equivalent of vanity, but it cost money that I didn’t have and knowledge that I didn’t possess.

Sure, I check into it, but was disheartened and expressed such in a chat room. I met a person who not only listened, but who was in a position to help. His name is Adam Lowe and owns Dog Horn Publishing. After a few more months of editing by a staff member, Rarity from the Hollow was published as both an eBook and a paperback in 2012.

However, while the press was traditional and didn’t charge any upfront costs, and pays royalties, it doesn’t have a budget for advertising or promotions anywhere near competitive with a Big Publisher. After coming home from working with abused kids all day, I was too exhausted to learn, much less accomplish much in the way of self-promotion. I felt that I had a great novel that almost nobody had heard about. That’s still true.

After the original release of Rarity form the Hollow, I was successful in getting the attention of a couple of notable book critics and authors who wrote glowing reviews of or blurbs.

Four months ago, I retired from my job and have been working more than full-time on writing and promotions of this novel.

That’s why I’m here today – to tell you about a social science fiction novel that is not intended for the prudish, fainthearted, or easily offended, an alternative to Young Adult science fiction written for adults who appreciate grown-up satire and who expect more from reading a novel than simple escapism. Rarity from the Hollow is scheduled to be republished in 2015 because the paperback stock has been depleted.

After holding back on writing fiction for so long, the activity that I enjoy the most is writing fiction. My other interests include civil rights and corresponding political debates and occurrences, such as related to children, race, gender, sexual orientation, and legalization of marijuana.

Adam Lowe, the owner of Dog Horn Publishing, is very active in the GLBTQ movement in England, and the press publishes a popular magazine which targets that community. I feel very proud to have even a limited association with him.

My other interests are pretty boring. I’m not sure why, but I’ve always loved to get anything practical done. I get a sense of accomplishment. The longevity of the accomplishment also means a lot to me. For example, I enjoy building construction and love working with stone, concrete, and block because it last so long. Every time you see a completed project, it’s another sense of accomplishment. I enjoy vegetable gardening, reading, going to movies, and I have a huge old rock music collection. I love to find obscure LPs, especially psychedelic rock, at Goodwill or yard sales to add to the collection.

Unfortunately, I’ve not been involved in very much of these enjoyable activities because I’ve been self-promoting Rarity from the Hollow. It’s a piece of the whole. If one enjoys creative writing, one has to pay the price by promoting it or, otherwise, nobody will read your creations, and that’s not nearly as much fun. Contact me and we will chat. That sound fun.