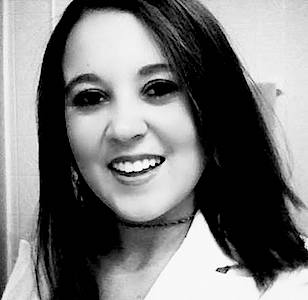 I’m really bad at this.

Am I supposed to admit that? That’s probably a DON’T in the marketing world.

But I’m really bad at writing about myself. Maybe it comes from being a journalist, a profession in which putting yourself in your writing is Not Allowed. Capital N. Capital A.

So, let me start by being completely (okay, halfway) honest with you. Jen Benjamin is not my real name. The halfway part is the fact that I’m not going to tell you what my real name is. I have this weird thing where I imagine someone Googling my name to search for a news story I’ve written, only for them to come up with chick lit/rom com results and I lose my credibility.

Yes, I write chick lit. No, it probably wouldn’t make people skeptical of the integrity of my news stories. But hey, I’m paranoid.

What is chick lit? That’s a simple answer. It’s a light-hearted, fun approach to the life of the modern woman. Basically, it’s girly fun.

And I never, ever dreamed I would be writing chick lit. You want some more honesty? (Not that everything else is a lie, just that I feel like I’m at confession or something. As I’m not Catholic, I don’t really know what goes on at confession though.) I never, ever dreamed I would even read chick lit. I was all, “Look at me, I’m so serious, I read serious literature. I never end sentences with prepositions. “

But, you know what? Ending sentences with prepositions is kind of fun. You know why? Because that’s how people actually talk.

And that is what delighted me when I read my first chick lit book. And I’m very sorry to say I don’t remember which book it was. But I remember what I learned: Sometimes reading is just about fun, and that’s okay! Chick lit is fun.

Chick lit is fun because it’s very true to the human thought process. There are so many weird things everyone thinks throughout the day that no one else is privy to. Aren’t there? Tell me it’s not just me. Because I think a lot of weird things as I move about in my daily life.

Follow Me Home was a NaNoWriMo 2013 project. In non-writer speak, NaNoWriMo is National Novel Writing Month; an online event that occurs every November and encourages writers to try to write an entire novel during the month. So, I had decided, in November of 2013, that I would try something new and weird.

I didn’t decide on chick lit right away. What I did decide is that I would base my new novel on one of me recent dreams. I have notoriously (among like three people: my mom, my husband and my best friend) bizarre dreams. What’s weirder than bizarre? Whatever is weirder than bizarre is what my dreams are.

So, my dream-plot candidates were as follows:

So…those were my most recent dreams. To choose Dream A, I would have to do the whole sister – wives thing which is soooo last decade. So, no hot jock-egghead combo with an affinity for all the ladies. To choose Dream B, I would have to create some sort of cult or dystopia where junior high kids could be married but literature teachers still looked over their reading glasses in disapproval. That sounded too complicated to hammer out in a month.

I had no idea how I was going to do that either but it seemed the most plausible. I came up with the basic plot for Follow Me Home while I was browsing Hobby Lobby for crafty things I could never afford and would probably never sit down and do anyway. I was thinking, How would someone like me end up even meeting a young celebrity? It can’t be an arranged thing because a) this is the 21st century United States and b) I’m not even sure the main character is actually going to date the young, hot celebrity.

So, I daydreamed while wondering around Hobby Lobby. How would I end up hanging out with a celebrity that was younger than me, causing people to raise their eyebrows and be jealous at the same time? Then I worried that there are actually such things as mind readers and one might be at Hobby Lobby, reading my mind, and thinking I’m a psycho for dreaming up chance meetings with twenty-year-old celebrities.

I then put off thinking about it. I’m one of those people who does much better in life if I don’t think, actually. Because I overthink everything and ultimately make things much more complicated than they are, rendering myself too overwhelmed to actually act.

The calendar pages of November 2013 began to fly away (one of those daily calendars, obviously…like Garfield or Peanuts) and I still wasn’t writing. Then, in the last few days of November, I got panicked and just started typing a story in the way I actually think, not trying to use impressive words, or create a character that I had to work to understand.

And that’s how Katie Kendall, the protagonist of Follow Me Home, was born.

And that’s how I ended up writing chick lit. I guess because Katie is a lot like me, and I’m a chick.

Katie Kendall is a writer. Katie Kendall is a successful writer whose novel is being made into a film. Because I had decided that day in Hobby Lobby that the only way I would ever even meet a celebrity is through my writing.

However, even though Katie’s professional life is going just swimmingly, she seems to screw up her personal life in a new way every day. As she goes from being a successful novelist, to being a part of the film business, she goes, just as quickly, from being a wife to being a divorcee.

As Katie faces challenges in her new job, she keeps accidentally befriending successful attractive people who seem to have it all figured out while she can’t even figure out why her marriage ended or remember the basic how-tos of dating. Should she even date? Does she even remember the difference between pure attraction and genuine fondness of someone? She doesn’t have time to think about it, so she just jumps into her new life without those little arm floaty things.

It was fun to write and I really, trulymadlydeeply, hope it’s fun to read. Because that ended up being my main goal as I became a hunchback over my computer in those final days of November.

And now I’m a chick lit convert. Turns out fun is fun. Who would have thought? And I’m so grateful to anyone who gives me a chance and reads my words. I will have a second chick lit piece coming out soon and I hope I grow as a chick lit writer. Because, I found out, chick lit is legit and actually takes work. It’s another branch of the writing craft that I hope to become at least-halfway decent at so I can make people laugh out loud in a crowded room and other people will look at them like they’re crazy.

Because they are crazy. You are. I am. Everybody’s got a little bit of weird in them. And that’s what makes life fun.

So, if I’ve piqued your interest at all, you can find Follow Me Home at: 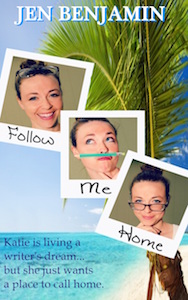 Paperback copies are also available through Amazon or Wallace Publishing.

And, I have to say, beg, plead, etc. that if you read Follow Me Home, even if you hate it and think one star is five stars too many, I would LOVE YOU FOREVER if you left a review on Amazon.

Thanks for reading this and letting me write how I think instead of how I wish I thought. Because, let’s face it, I’m not Shakespeare. I’m not Bronte. I’m just me. And I think that might just be okay. 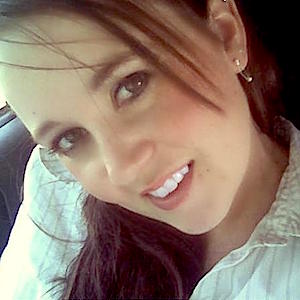