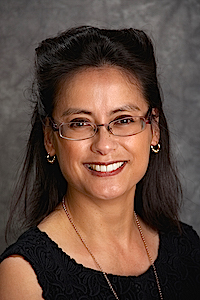 When I blog about cold cases, I continuously wonder why things happened or why people who find themselves in the same situation do completely different things. And it doesn’t stop there. My readers ask me why I pick this case and not that one. How do I decide which case to feature? I hope you are not disappointed but I do not have an elaborate system.

I get emails from friends and family members every day. Every time a new one comes in I add the victim’s name to my to-do list. That’s it. That is the list I use in the order in which I received the email. Each and every one of these victims matters so I rarely “bump up” a case unless there is a reason for it such as a collaboration with another cold case blogger or breaking news.

My main drive is that I really want to make sure that the victims are represented on the Internet as so many are not. The Internet is the primary source for information and research. Very old cases are not well represented online.

My other reason for blogging about these old cold cases is that when I read up on a case I often see discrepancies. They bother me. It always make me wonder if that could have influenced the outcome. Let me explain what I mean. Sometimes I read that the victim was only known under a nick name but another article says the victim was known under their mother’s maiden name. If you have a casual circle of friends and they only know each other by nickname or first name it is crucial that you know exactly which one is the right name. Just imagine that you ask people to think back 30-40 years. You ask them to sum up who always came for drinks after work on Friday afternoon. Names matter so a lot of my time is spend comparing details from the public domain.

The third reason why I write is because I want to share the victims’ stories. There is a lot of fascination with crime especially with those who commit the most heinous crimes of all such as serial killers and those committing genocide. They are the attention zappers often overshadowing the victims’ stories. On my blog there is little room for perpetrators or crime. However, I have plenty of spotlight for the victims, their families, and the stories that they share with me.

I have published two ebooks.

The first one is called “Zeigler, through Vidster’s eyes.” This book tells part of the 1975 quadruple murder case of William Thomas Zeigler who is on death row in Florida. I got involved with his case in the 90s when I worked for Amnesty International. A co-worker gave me the file including a book about the case. I have never been so confused in my life. It is a mind-boggling puzzle that can only be explained if we turn the universe upside down. My ebook is available free on SmashWords.

The second is creatively called “Short Stories and Flash Fiction.” Epic fail, I know, but I am not going to change the title. As the title suggests it is a collection of flash fiction pieces I wrote and two short stories. All the pieces are inspired by things happening around me. I sit outside and hear a noise, it triggers an image, the image starts to move, the move brings about words, the words turn into a story, et voila! This one is also on SmashWords.

The third is in the making. All I can tell you here is that the title is “The Third Mistress” and that the butler is not the murderer.

In my spare time, I read historical mysteries. I also love to read crime fiction set in the early days of forensic sciences where we deal with barehanded autopsies without indoor plumbing. I practice archery and am addicted to fountain pens so feel free tell me all about yours.

Thank you, Chris, for hosting me and a big THANK YOU to all my blog readers. Cheers!

Except where otherwise noted, content on this site is licensed to Christopher Graham (aka, The Story Reading Ape), under a  Creative Commons Attribution-NonCommercial-NoDerivatives 4.0 International License.
Join 15,672 other followers