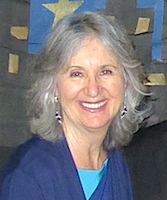 Someone once called me a Renaissance woman, because I changed occupations too much to be labelled easily. It’s true, I’ve tried a lot of different jobs. On Twitter, I describe myself as a Jill of all trades because I’ve worked as a family therapist, school psychologist, model, actress, teacher, a freelance writer broadcaster for CBC television’s Sports Journal, and more. It seems every few years, I re-invent myself. It’s not that I’m bored with life, rather it’s because I’m a very curious person. Writing, however, has been one constant in my life.

Though I’ve recently self-published my debut novel, A CRY FROM THE DEEP at an advanced age, I’m not a novice writer or a vanity one. I’ve been writing since my early twenties, privately. My nightstand is full of journals of travels, thoughts, and dreams. Unpublished stories and poetry sit on my computer awaiting my attention. Like many dreamers, I put my writing hopes aside and concentrated on family, as it took more than one income to raise our children. Everyone knows that writing, like any art form, holds little promise of steady income.

Still, I pursued my writing dreams by honing my craft during my leisure time. My first novel, still unpublished, was inspired by my work on a psychiatric ward. It was initially written as a screenplay and was good enough to get me agents in both Vancouver and Toronto, and land on the desk of Jody Foster. Unfortunately, nothing came of it except a lot of excitement over the possibilities that loomed large in my mind.

With understandable frustration, I changed direction and started another novel. This time I wrote about something I knew little about. A CRY FROM THE DEEP, a romantic mystery/adventure was inspired by my interest in time travel, as illustrated in the movie, I’ll Never Forget You, with Tyrone Power and Anne Blyth. I had seen the film as a child and its story about a man travelling back in time and meeting the love of his life stayed with me. I admit that I was enamoured with the idea of a love so great that it spans centuries. My novel is not about time travel per se, but rather it’s a time slip novel. There are moments, when the lead character, Catherine Fitzgerald—an underwater photographer on assignment to cover one of the lost ships of the Spanish Armada—slips back a few centuries in time.

I can’t remember why I made Catherine an underwater photographer, but perhaps it’s because I love the ocean. Every time I’ve snorkelled, I’ve been enchanted by the magic and mystery under the sea. And since I’m no longer young or brave enough to take up scuba diving, I decided I could do it vicariously through my protagonist. Consequently, I researched the fields of scuba diving, underwater photography, salvaging, and marine archaeology, as well as the history of the Spanish Armada and its wrecks off the west coast of Ireland. The research, along with revisions took over six years. Actually, it was probably longer. It might’ve been more than ten, because the seed of the story was planted back in 1999 when I met with a fellow screenwriter to bounce ideas for a film he wanted me to help him write. As for the locations for my story, I was thankful that I had visited Provence, Manhattan, and Ireland. Very little research required there.

Now, with my grandchildren in their teens and my mother deceased and no longer requiring my care, I have for the first time in my life uninterrupted time to invest in my writing career. With the release of my debut novel, I’ve entered an exciting phase. Encouraged, I am currently revisiting my first novel, revising a long short story, and looking for a publisher for a creative non-fiction I’ve written about my grandmother’s war-torn years, 1915-1929, in what is now Western Ukraine.

I hope that those of you who have tucked away your dreams will be inspired by my story. As long as there is the desire to create and the energy to do it, age is only a number.

Despite a near death diving accident years before, Catherine Fitzgerald, an underwater photographer, embarks on a journey to cover the find of the century, one of the lost ships from the Spanish Armada. But before she goes, she buys an antique ring that triggers nightmares and visions of a young woman searching for someone on an old sailing ship caught in a storm. When Catherine sets out to discover the young woman’s identity, she discovers a connection that will change her life forever.

A CRY FROM THE DEEP is a romantic adventure novel, set in Provence, Manhattan and Ireland. Interwoven with this story of love and loss is the drama that takes place in our oceans, where salvagers continue to wreak havoc on the environment and steal cultural treasures. It’s also about fate and the mystery of how we find love and how it finds us.

Diana Stevan took many detours to get to the writing phase of her life. After marrying at 19, she received a Bachelor of Science in Home Economics and a Master of Social Work, both with honors, from the University of Manitoba. She moved to B.C. in 1979 with her husband and two children. As a clinical social worker, Diana spent over twenty-five years in the field, working in a variety of settings—psychiatric, child guidance, cancer agency, and private practice.

She’s also worked as a teacher, professional model, actress and a sports writer-broadcaster for CBC television. Writing has been her passion, even though it was relegated to the back seat while her children were young. She’s published fitness and travel articles for newspapers, poetry in the U.K. journal, DREAMCATCHER and a short story in ESCAPE, an anthology published by Peregrin.

Diana has traveled widely and uses her experience to color her stories.

A CRY FROM THE DEEP is her debut novel. She now lives with her husband on Vancouver Island, in beautiful British Columbia. You can visit her at www.dianastevan.com

A CRY FROM THE DEEP contains some swear words.

I’ve only used them where appropriate in the telling of my story.