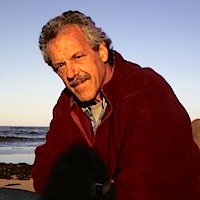 I live close to the Atlantic Ocean where there is an abundance of inspiration for writing stories. The expanse of water changes its mood almost daily. One day it will be gently rolling onto the shore, other days it’s crashing onto the rocks that protect people’s property. The sky is often clear and changes colors with the rising and setting of the sun. When you breathe deep, the air is pure and full of pleasing scents.

There’s a wharf nearby where fisherman sail off before daylight and return in mid-afternoon. If they’ve been fortunate, their boats will be much lower in the water from their daily catch. Dozens of different waterfowl feed along the sand or the inner bay. Heron stand patiently and pluck their food from the shallow pools of low tide. Osprey dive from sheer heights and violently tear their prey from the deeper waters. An elongated, narrow island lies 2000 feet to sea holding its own mysteries and rumors. Oh yes, there is plenty to feed my imagination.

My name is Allan Hudson. My home is in Cocagne, New Brunswick, along the east coast of Canada. I have the good fortune to work for Peoples Jewellers as a jewellery consultant. Except for a ten year period when I was self-employed as a carpenter my career has been mostly in sales, both direct and retail. I have a variety of hobbies, mainly woodworking, I’ve made stained glass. I took a rock climbing course once. I’ve jumped from an airplane nine times and I read a lot. I’ve always wanted to write, didn’t get started until I was 56. I’ve read hundreds of novels and often marveled at the author’s ability to tell a story, how much enjoyment must come from a reader telling you they were entertained.

My favorite author is Bryce Courtenay, who unfortunately passed away in November of last year. He only began writing when he was 55. He has published over twenty bestsellers. It is he that inspired me that it was never too late to begin. And am I having fun!

For many years I had a story floating around in my mind, something to do with Incan gold. I had an outline about the Spaniards stealing a ship full, where it was lost at sea and discovered several hundred years later. I was always saying I’d get at it soon. Then one day I was checking out the books at the local Chapter’s store and I discovered Clive Cussler’s latest offering – Inca Gold. Darn! As if I could compete with Mr. Cussler! As silly as it seems now, I put the notion of writing that story away. Yet still I talked about writing until one day four years ago, my wife, Gloria, insisted I either sit and write or stop yakking about it. As a result, I wrote Dark Side of a Promise over the next two years.

Why this story? Well, I have always been fascinated by the young country of Bangladesh. It’s a country I hope to visit someday. I read stories from authors living there or abroad. I wanted to write a story that would be international, that would be based upon the strong bond of friendship and would involve revenge for a wrong doing. My main character is no superman but he is brave and believes strongly in what is right. He’s an ex-soldier so he knows what facing danger is all about. It’s a big story but I love big books, I hope you do too.

I am also working on a series of short stories that will be dedicated to my grandchildren, a part of me that they can keep for a lifetime if they choose to. The first is available now at amazon and is for my oldest grandson, Matthieu. Simply titled SHORTS Vol.1 it contains four of my favorite short stories. I very much enjoy short stories, both reading and writing them. The second volume will be for my granddaughter, Natasha and will be available soon. The third is scheduled for November and for the youngest grandchild, Damien.

I am working on my second novel and it is about Incan gold. Not the original version I planned many years ago but a different tale of the ancient warriors of Peru. There is a discovery of a fantastic wall of gold, several centuries old. An amateur rock climber discovers the treasure in an abandoned cave. Before he can share his secret, he is killed in a car accident and what he found remains hidden for another fifty years. The man that finds the hidden document and an ancient relic is soon engulfed in other men’s greed as they hunt both him and the secret. A plea for help brings my hero, Drake Alexander into the story. The chase is on in the Wall of War!

I don’t dream of riches, I do however dream of sharing my stories. I have a blog where I showcase my short stories and most importantly the work of other writers. I know how difficult it is get your writing noticed and I am more than willing to help others. There are many authors that have reciprocated and spread the word about my writing and I am very grateful. We are all in this together, authors and readers. I chose to self-publish because of the control it offers. I have a great artist for the covers. I have an experienced and helpful editor. After all that it’s up to the readers.

Please drop by the South Branch Scribbler when you have a chance.

Books are available as eBooks from:

Hard copies can be purchased from CreateSpace or from my blog.